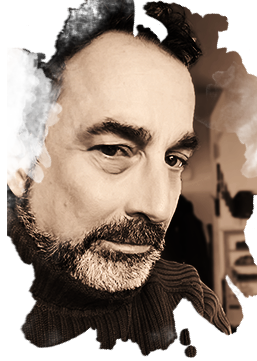 A new resident of Prague, I have been teaching drama and acting professionally in the USA and the UK for as far back as I can remember. I hold a special place in my heart for medieval and Renaissance History, and performed as a cast member of the Maryland Renaissance Festival in the USA for sixteen years. It was there that I honed my improvisation and storytelling skills. I look forward to guiding our guests through the fascinating history and dark legends of this most magical city. 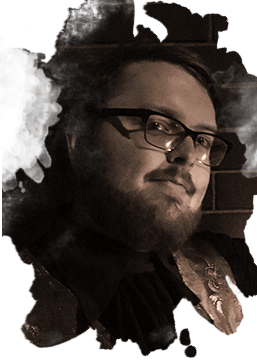 Liam is an actor, writer and drama facilitator. His father, Charles Hallahan, famously appeared in John Carpenter's The Thing. Liam is a graduate of the Dublin Institute of Technology's Conservatory of Music and Drama, and has trained as a director and drama teacher. He's performed in Ireland, France, Belgium and the Czech Republic, performing one-man shows, biographical theatre, site-specific work and Theatre-In-Education plays for schools. He is currently part of the core team of Prague Youth Theatre. 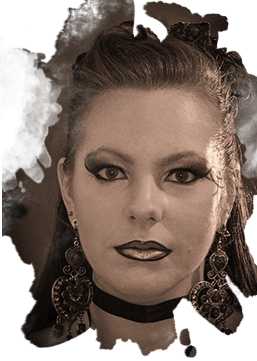 For as long as I can remember I have been fascinated by stories of centuries past and legends. That lead me to become a profesional historian and a performer. For almost ten years I have been trying to bring the past closer to people of this day through performances of living history, storytelling, theatre, dancing and writing. The art and history one can encounter in the web of old and tiny streets of Prague has enchanted me and made me its resident. My creativity sees this city as a well of endless inspiration. I love to walk in footsteps of people from long ago, touch the walls and objects they touched and tell the stories of their lifes and sometimes their afterlife. I can't wait to take you on an evening walk through the wonderful city of Prague and share with you the stories that have deeply touched me. 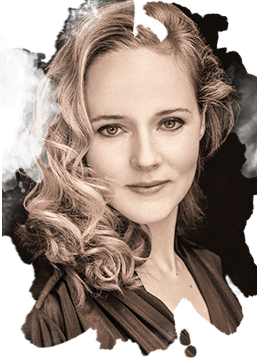 Since my childhood I have always loved art. I think it is something beautiful, extraordinary, mysterious and full of power. In every performance there is magic. And when you combine dark legends with historical Prague – it creates the right atmosphere for your imagination. I am an actress and I studied acting here in Prague. Now I educate myself at international acting masterclasses – I was at Bernard Hiller's Acting Masterclass in Los Angeles, Berlin, Bucharest and Madrid. 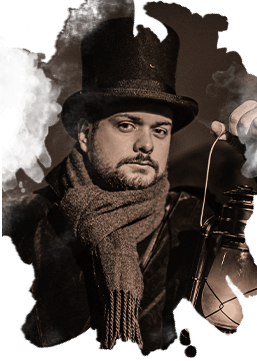 I was born in Budapest, growing up here I didn’t fully realize what a beatiful and misterious city I live in. That has changed. I have completed my university studies from history and I always loved to provide an experience to other people with historical facts and legends. I am here to deconstruct the common notion that history is merely a boring collection of dates and events noone wants to remember. Budapest hides a lot of mystery and interesting stories under its layers. Allow me to take you back, in time to a dark and frightening period of this country’s history while allowing ourselves to immerse into the beauty of the medieval cobbled streets of the Buda Castle district. 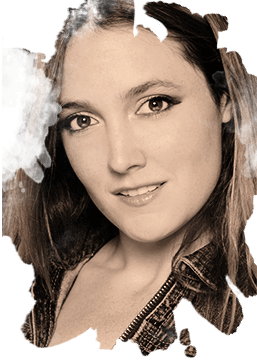 Beth was born in England to a British mother and an Australian father. She studied Music and Drama at the University of Manchester followed by complementary studies in Shakespeare at The Globe Theatre, London. Beth has extensive experience in theatre as well as cinema, television and voice work. She loves the old city of Madrid, with it’s dark past and secret corners. As a child, her passion for telling stories often got her into trouble, but all was resolved when she decided to become a professional storyteller. Beth is delighted to represent Mysterium in Madrid. 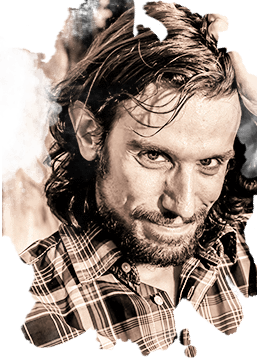 A truly eighteenth century's gentleman. Vybrant and vital. From his early days he did nothing but to sing, play and record histórico tapes. He studied at Cuarta Pared y Central de Cine un Madrid, and is always paying attention to new interesting courses about singing and expression. Is fascinated to tell ghostly storys, face yo face, about his own town. 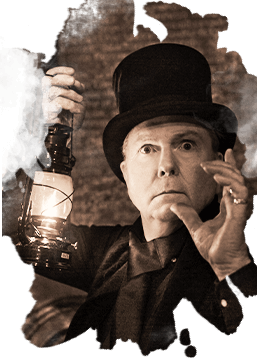 Michael studied English at the University of Wales, Lampeter then completed his MA Degree in Drama/Literature at Essex University, UK. He trained for the stage at the Webber Douglas Academy of Dramatic Art, London where he was a scholarship student before working in repertory theatre, theatre-in-education and on the Edinburgh Festival. A thirst to travel led to the teaching of Dramain international schools in Europe, the Middle East and Asia. He now lives and works as a freelance Drama and English teacher here in Krakow. 'The rich history and powerful atmosphere of this beautiful city has inspired a wealth of memorable stories which I look forward to sharing with you Please join me on this exciting and unforgettable tour’.