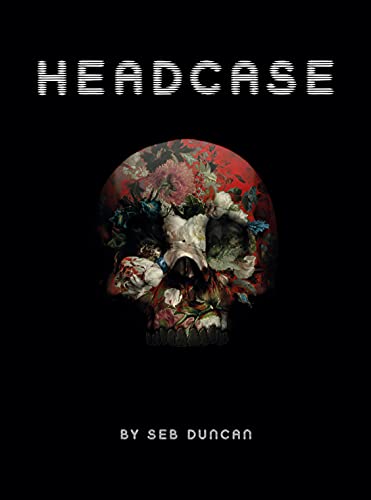 Headcase – The warrens of tourist shops on Nerudova Street were starting to open for the day. Svetlana yawned as she pulled up the heavy metal shutter covering her small gift shop. She was proud of the business she had built up. It was considered the go-to destination for all things ghoulish and kitsch in the city; Trump and Putin’s masks jostled for space with gorilla suits and naughty nurse outfits. Everything one would need for a stag or hen weekend was there.

The horror masks were the real draw though, and they took pride of place in a long horizontal line above the front desk of the shop that faced onto the street.

However, something was different this morning. Svetlana couldn’t exactly place it. An almost imperceptible change. Air pressure? temperature? something. She looked up and shook her head. Probably too many Becherovkas last night. Hangovers were becoming more and more intolerable, and she put the feeling of unease down to the fact she had drunk far too much the previous night. She wiped a bead of sweat from her brow and decided to press on with her day.

Then. As she looked up again, she noticed what was different about the shop.

Her hangover was brought to an abrupt cold jolt as a dollop of blood plopped onto a giant inflatable chicken costume sitting on the front desk.

As she looked up, she noticed a grotesque addition to the mask selection; a severed head had been placed, last in line. She dropped her large bunch of shop keys onto the hard flagstone floor and rushed out of the door in panic as a black Prius glided up the road. It narrowly missed her as she fumbled for her phone to call the police.

This is the opening chapter from Seb Duncan’s novella Headcase: A Post-truth ghost story