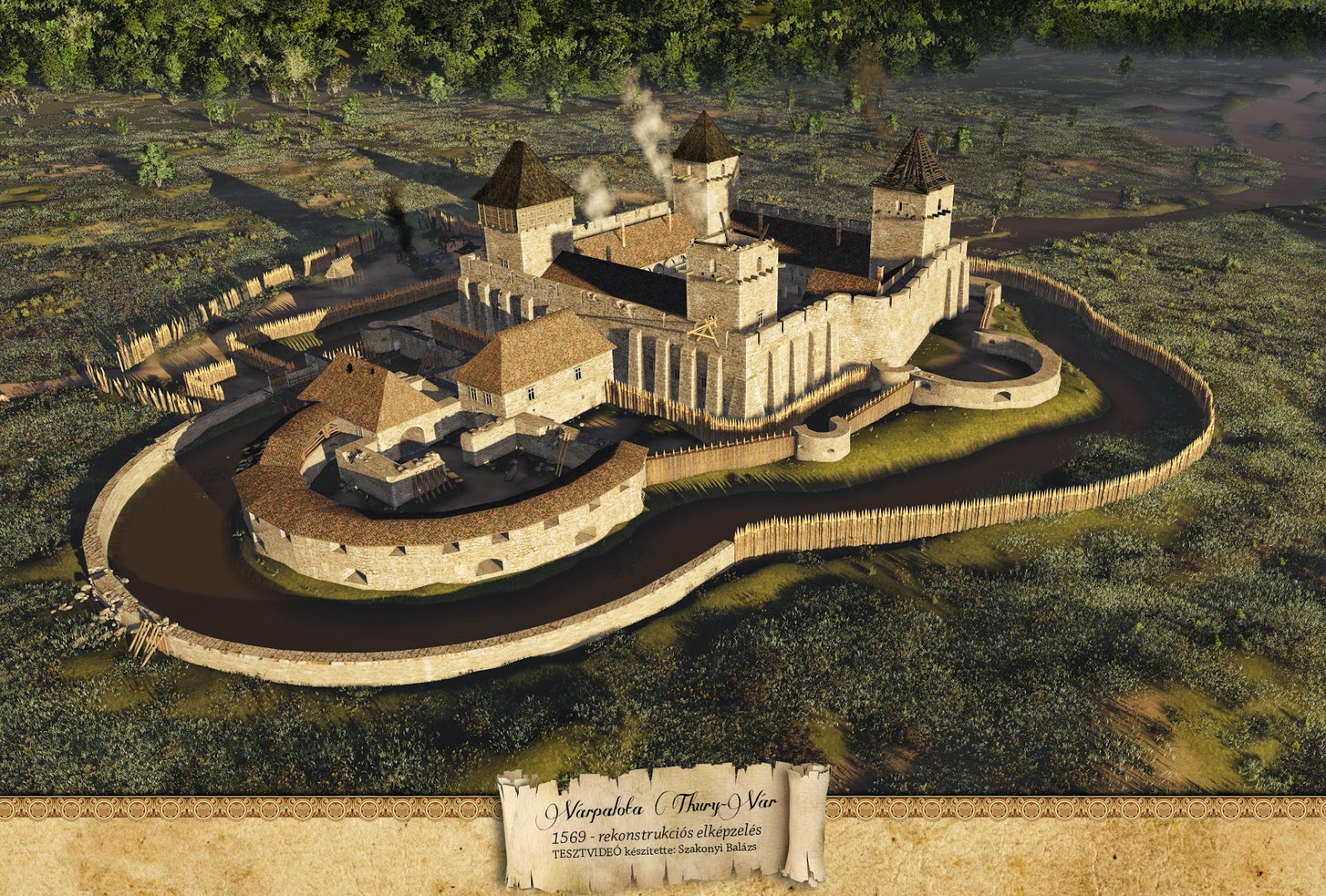 The warrior of the Valiant Order

György (George) Thury (1519-1571) was the most famous Hungarian duelist, his admirers called him the Hungarian El-Cid. Contemporary sources say he won 600 duels. Swordsmen rushed to challenge him from three continents, the Ottoman warriors especially wanted to see him dead.

It was no wonder that King Ferdinand acknowledged his deeds by giving him the captaincy over Palota Castle. This castle lay close to the throat of the enemy along the 1,000-mile-long Hungarian Borderland. It was defended by the unpaid Hussars and Hajdú soldiers, those last knights of Europe: the members of the Valiant Order.

The Turks were ceaselessly harassing and raiding the frontier, trying to snare Captain Thury into a trap. The Sultan had set a high bounty on his head.

Now, my tale is not about the battles and heroic fights of Lord Thury.

Instead, I would like to praise his sense of humor with the following incident.

There was a Turkish Bey called Hamza who was in charge of Székesfehérvár Castle. He considered Thury as his personal adversary and one day came up with a shrewd plan. It was Captain József Ormány of Sümeg Castle who wrote down the case in 1561:

„…Bey Hamza had an „ear” in Palota Castle, a renegade who we call a „pribék”. The Bey gave a cask of strong sedative to his spy which was able to cause a deadly sleep. He ordered him to mix it in the wine of the soldiers in the hope of making them sleep for three days. Then, the spy was to report him at once.”

As it turned out, the „pribék” was a double-agent, a paid man of Captain Thury. Hearing about the plot from his man, our hero realized that it was the perfect occasion to trap the brainy Turk.

The „pribék” returned to Bey Hamza and reported to him that György Thury had drunk the draught before his own eyes. The Bey hurried to Palota Castle on that very day, his soldiers carrying many ladders. The Turks surrounded the castle at night and watched the dark and silent walls. Nothing stirred inside. They didn`t know that Thury and his men were waiting for them breathlessly with drawn swords, hiding in the shadows. There was an unfriendly moat between them and the Bey ordered his soldiers to cross it but they wouldn’t descend into it. They were afraid of sharpened stakes hiding beneath its muddy water. The Turks waited there all night long. Poor Bey Hamza became so embittered that he even slew some of his own troop, but nobody wanted to climb into the moat. When the sun arose, he could do nothing and returned, shamefully (but unhurt), to Székesfehérvár Castle.

A week later or so he received a letter from Captain Thury:

„I have heard that your Lordship paid a visit here. Alas, at that time I was so ill for three days that I could not receive you properly. Had I not been so drunk, I would have had a decent fight with your Lordship.”

Thus, the Hungarian El-Cid could cover his agent and Bey Hamza was chewing his mustache angrily.

Lord György Thury spent one more decade in defending the Borderline along Lake Balaton. His brave life ended in an unequal fight on 2 April 1571 when Bey Ali of Szigetvár Castle snared him and 150 of his Hussars in a trap. He rode in his unit`s vanguard and they were surrounded in a narrow and muddy valley at Orosztorony by 600 Turkish warriors who were waiting for him. The attackers wanted to take him alive but paid a high price for attempting it. His wounded horse sank into the mud up to its stomach and Vida, Thury`s page, was about to help his lord into a new horse`s stirrups when the Turks totally engulfed them, pressing from all sides.

Lord Thury wore full armor and he was killing everybody within his reach. Realizing that there was no way out and seeing that the enemy wanted him alive, he undid his helmet and threw it away, crying:

„You won`t drag me around on a rope from one place to the other!”

Then, he screamed his battle-cry, „Jesus, Jesus”, and having become wounded on his head, died.

His severed head was stuffed with hay and sent to Istanbul where it was buried with due respect.