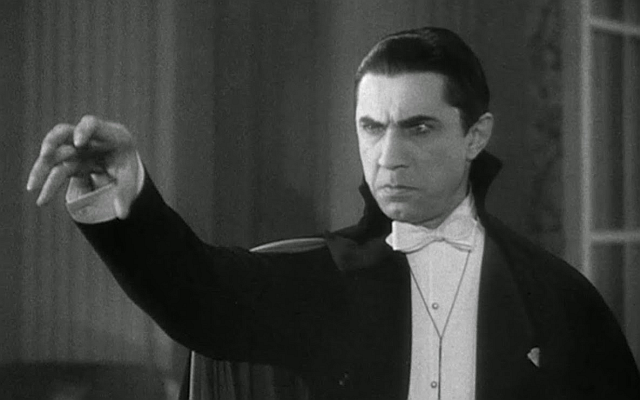 “There was one great tomb more lordly than all the rest; huge it was, and nobly proportioned. On it was but one word, DRACULA.”

Irish author Abraham “Bram” Stoker wrote his legendary, bloodcurdling Gothic novel Dracula in 1897. Stoker drew inspiration and aspects from the Prince of Wallachia, Vlad III. Wallachia is an historical and geographical region of Romania. The area was (formerly part of Hungary). Positioned north of the Danube River and south of the southern Carpathian mountain range. During the author’s research on the region, Stoker came across brutal accounts and atrocities committed by Vlad III. Vlad the Impaler (as he was historically referred to as) had a taste for blood, torture and extreme cruelty.

“I am the monster that breathing men would kill. I am Dracula.”

Dracula “Son of the Devil”

During the 15th century Vlad had terrorized the region of Wallachia until he was finally jailed by King Matthias. Vlad III was the second son of Vlad II Dracul. The name Dracula, is an diminutive form of Vlad’s father’s name Dracul. The word “drac” originally meant dragon, however in modern Romanian it means devil.

Unlike his fictitious counterpart, often portrayed as strikingly tall, handsome and dressed in a black cape with a seductive gaze. Vlad III was described as unsightly. He was short and stocky in appearance. With a thick neck and swollen temples, which increased the bulk of his head. Vlad’s narrow face, featured a long straight nose with moustache. The most notable facial features being his piercing green eyes, with dark menacing eyebrows. Vlad’s behavior has also been described as cruel, gruesome and savage.

By historical accounts, Vlad III Dracula known in Romanian as Vlad Țepeș was born in Sighişoara, a Voivodeship of Transylvania during the winter of 1431. Vlad the Impaler, the Prince of Wallachia’s reign lasted between 1456 to 1462. A period which coincided with the war of the Ottoman’s, Turkish Muslims within Europe.

Vlad III earned a reputation for excessive cruelty. This gave rise to the moniker ‘Vlad the Impaler’. Along with a revered status as ‘folk hero’ in many areas of Eastern Europe, for his protection of Hungary and Romania.

The name bestowed upon him, Vlad the Impaler, was given by his feared enemies. As they came across from what was described as “forests” of impaled victims. Impaling was Vlad’s preferred method of execution. This gruesome act involved the excruciatingly slow and painful death of driving a stake into his victims bodies. With Vlad Țepeș incredibly fierce reputation it’s been said he took great pleasure in torturing and killing his victims. Even feasting on them while burning villages and fortresses to the ground. Vlad’s estimated to have killed between 40,000 and 100,000 people. Romanian documents depict Vlad as a hero whose harsh but fair methods were justifiable, with motive to reclaim his country.

“The blood is life… and it shall be mine!”

A Feared and Loved Ruler – Vlad the Impaler

Vlad III the feared-loved ruler was killed in battle, however the exact timing is unknown. It’s been noted from the period between 1476-1477 at the age of 44-45 years. Numerous successive searches for Vlad III burial have ultimately failed to yield results. However, there’s one such tale told through history that he never died at all. The bloodthirsty Vlad goes on to torture his victims as one of the undead. It’s interesting to note the mysterious circumstances that surround Vlad the Impaler’s death along with his “taste” for blood, could give rise to such an eerie tale.

“Truly there is no such thing as finality.”