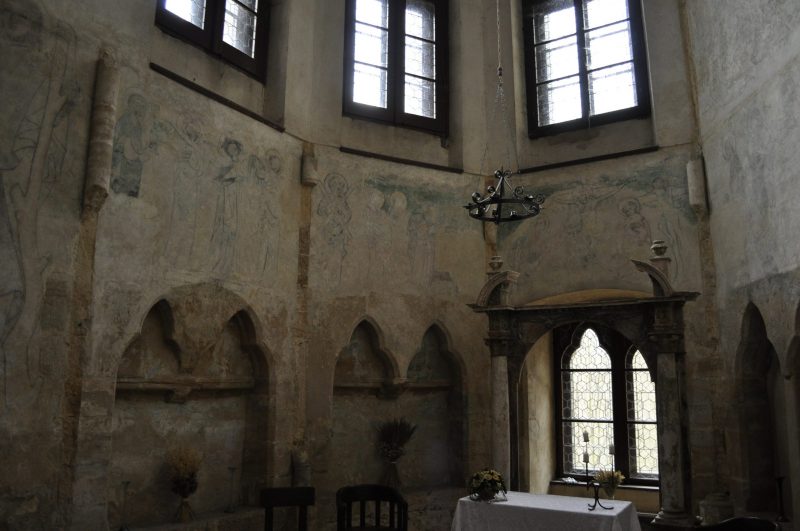 Houska Castle: According to folklore, Houska Castle, located in Blatce, north of Prague in the Czech Republic, is built over a “bottomless” hole that leads to Hell. One legend claims that in the 13th century, King Ottokar II of Bohemia (or else a nobleman of the Dubá clan) offered a pardon to any condemned prisoner who consented to be lowered into the pit and report what he saw. The first prisoner lasted only a few seconds before he began screaming. When he was pulled back up, the story goes, his hair had turned white and it seemed he’d aged 30 years—and he babbled incoherently about half-human creatures who flapped through the darkness of grotesque wings. The castle was built, likely on Ottokar II’s orders, over this supposed hell-hole, without proper fortifications, a water source, or kitchens. The myth asserts that this was because the castle was meant not for human habitation, but to capture demons. (The chapel was supposed to be actual portion of the fortress erected directly over the Gate of Hell.) The fortress was, however, used as an administrative building, has been used as an aristocratic residence at various points in its history, and was renovated and expanded during the Renaissance. The castle’s current owners trade on the building’s hellish reputation, setting it up as a spooky tourist attraction.