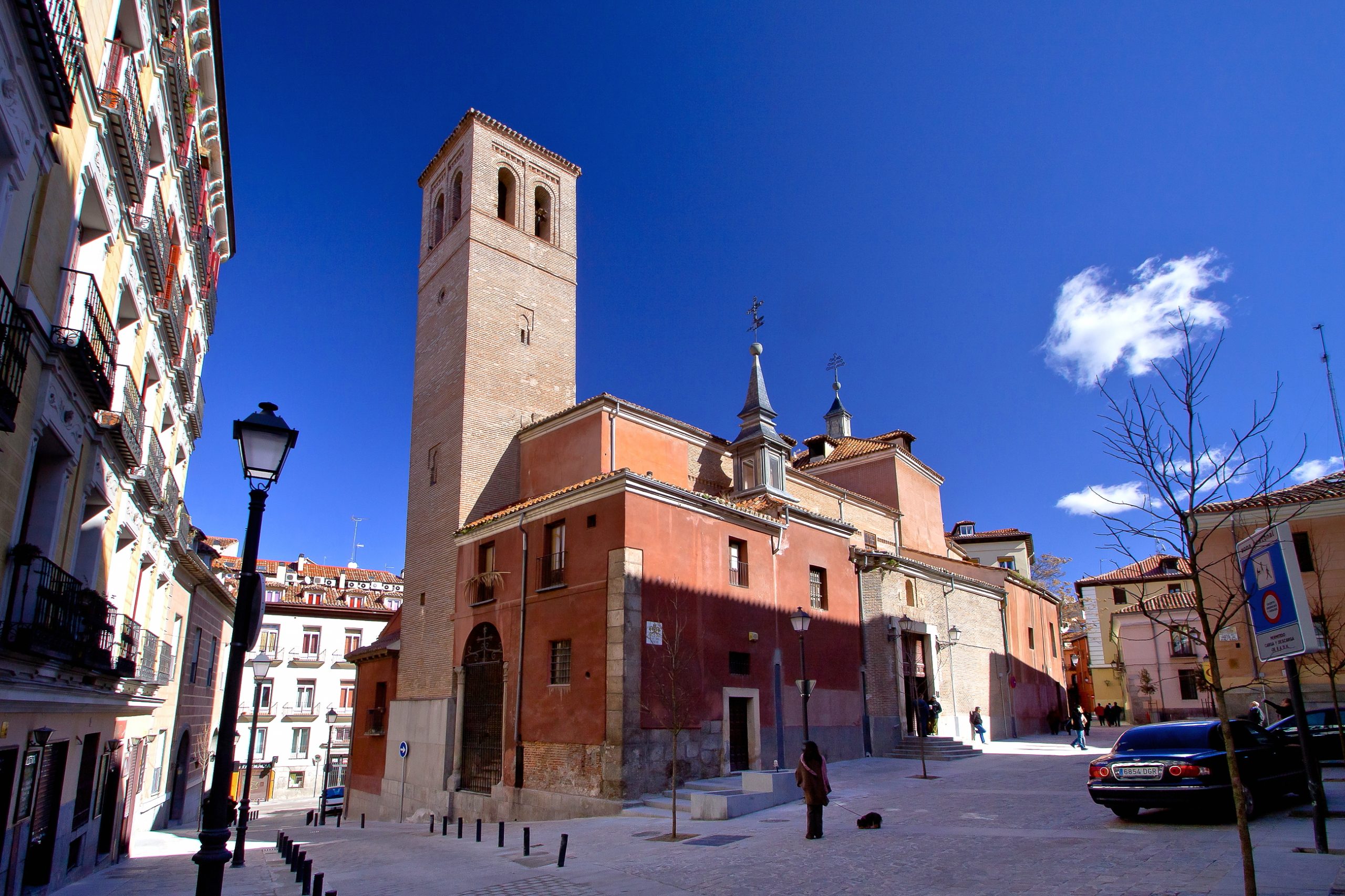 Come, the elderly, to San Pedro,

Is ready with his aspergillum

To chase the devil away.

This is how the great Spanish poet Francisco de Quevedo spoke of the small church of San Pedro el Viejo (Saint Peter the Elder), located in the heart of the city of Madrid, in the district of La Latina. It was built on the site of a Muslim mosque, predating the Spanish reconquest; indeed the church incorporates the original Arab walls, which enclose more than 800 years of history and hide countless mysteries.

But who exactly is the Andreini referred to by Quevedo? Gennaro Andreini was an Italian, from the region of Calabrese, who visited Madrid whilst making a pilgrimage to Santiago de Compostela. He had not intended to settle in the city, however when he arrived in the Spanish capital, herealized that he was able to make money performing exorcisms … or at least that is what he encouraged people to believe.

Using the church of San Pedro as a base to perform his work, he welcomed those who were possessed by the devil. His fame spread and soon crowds could be seen outside the sacred place at any time of day or night, waiting for their turn to be purified. The holy man, with all his art, convinced the faithful that exorcism was a necessity, as the devil was inside each and every one of them.

Pilgrims began to arrive from cities all over Spain, and the situation spiralled out of control, until the Divine Office saw fit to intervene by driving Andreini out of the country. From that moment on, the number of cases of possession by the devil suddenly and mysteriously ceased.

It is said that when the mosque was transformed into a church, in the twelfth century by King Alfonso XI of Castile, an enormous bell was manufactured.

When the workmen tried to transport it to the bell-tower, however, they realized that it would be much more difficult than expected because of it’s enormous size. In the evening, everyone returned home thinking about how solve the problem, and who knows, perhaps they would have been able to find a solution. But the next day, when they arrived at the old church, there was no sign of the bell: it had disappeared.

The men were puzzled and afraid. Had it been stolen? And if so, who had been able to move it? But suddenly they heard a familiar sound: the chiming of a bell. Everyone looked up at the bell-tower and saw it: their bell swaying serenely high above the town.

Who – or what – had carried her up there? It was said that it was the angels themselves who had carried out the task. From that day onwards the bell was known as the magic bell, with the power to chase away clouds and quieten storms with it’s sound alone. Many peasants came to pay the altar boy to make it ring when the rain was destroying their crop.

But the bell also rang out to forewarn a tragedy, or to lament the consequences. Legend has it that it’s unmistakable sound was heard at such ill-fated events the death of Philip II, the French invasion and during the various epidemics that repeatedly befell the city.

Angelic bells and devilish exorcisms, this church, which you can find on Calle Nuncio number 14, has all the necessary ingredients to deserve at least a fleeting visit during your stay in Madrid.

One final thing… don’t you feel afraid as you wander through the narrow cobbled streets and alleys of Madrid? If the city’s dark past has not yet cast her shadow over you, let me add a mummy to the mix.

It is said that in the sixteenth century a wall of the vestry crumbled and fell. Doubtless the sacristan would have been none too happy, but can you imagine his reaction when he found a mummy buried upright amidst the rubble?

The body was preserved in perfect condition, with his clothes intact, apart from the head, which was the only part of the body not to have been embalmed and which had decomposed.

The church community was amazed and decided to display the body for a few days, allowing the people to witness the discovery with their own eyes.

It was impossible to identify the man, although it is believed that he must have been an important person because he was buried on his feet and with his weapons, a common practice amongst nobles.

Soon afterward, the nameless knight returned to rest peacefully away from the sins of the world, being given a Christian burial in the same place where he had appeared.

These days, it is uncertain whether our knight remains buried within the walls of San Pedro, as there is no inscription or plaque to document his whereabouts.

But just in case, when visiting the church, make sure you come and go silently so as no to disturb the spirits that lie there.