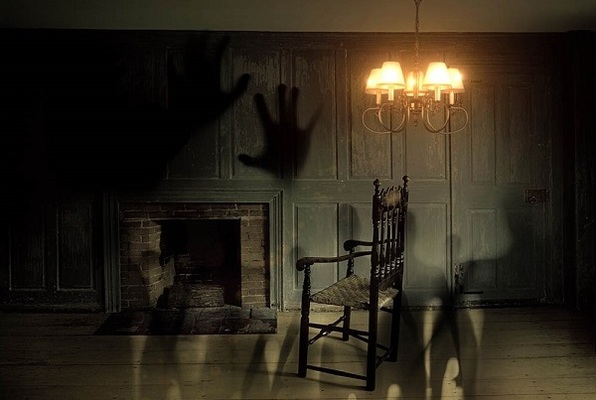 No sooner had the reverberation of my blows sunk into silence, than I was answered by a voice from within the tomb! – by a cry, at first muffled and broken, like the sobbing of a child, and then quickly swelling into one long, loud, continuous scream, utterly anomalous and inhuman – a howl – a wailing shriek, half of horror and half of triumph, such as might have arisen only out of hell, conjointly from the throats of the dammed in their agony and of the demons that exult in the damnation. (…)

The corpse, already greatly decayed and clotted with gore, stood erect before the eyes of the spectators. Upon its head, with red extended mouth and solitary eye of fire, sat the hideous beast whose craft had seduced me into murder, and whose informing voice had consigned me to the hangman. I had walled the monster up within the tomb! As with last week’s article, which was also about cats, it seemed appropriate to begin this week’s story of with an excerpt from the wonderful story The Black Cat by Edgar Allan Poe. The gloomy atmosphere of that masterpiece is a perfect introduction to the anecdote that I am about to share with you…

The city of Madrid has always been linked to the cat, so much so that the residents call themselves ‘Gatos’ (the Spanish word for cats). To discover the origin of this nickname please take a look at last week’s article. What I would like to tell you about today, however, is the story of La Casa de Los Gatos: the House of Cats.

In the days of the Hapsburgs, two elderly sisters lived in a house on Calle del Sacramento, a historic setting where many mysteries have taken place. The ladies’ house was a humble dwelling and was gradually falling into disrepair. But despite their poverty, these two ladies faithfully continued to play their precious piano, through which they relived the golden age of their youth.

Their survival often depended on a simple slice of bread with a little onion, but the good-hearted women bore their burden without complaining and never let their sadness show.

Often when we feel sad the only thing that can console us is the company, especially the company of our dearest friends. However, as the years passed, the two elderly ladies’ friendships had disappeared along with their luck. And so it came about that, devoid of human closeness, the two women took solace the affection of animals.

Had I been able to travel back in time I would have reminded these two women that the dog is man’s best friend. I would have told them that – according to popular belief – cats are evil beings. Had I been able to warn them then maybe, just maybe, things would have been different. But unfortunately those good ladies remained ignorant of the tragedy that would befall them shortly after they chose to adopt cats.

Dozens and dozens of cats. At that time there was a plague of cats in Madrid, and to stem this threat to public health the city council passed a law to curb their numbers. They offered a financial reward for every dead cat that was brought to the town hall. The two ladies were appalled, and in order to save the creatures decided to host as many cats as possible.

Their scare resources, however, were not sufficient to feed all of their feline friends. Unable to see those poor little animals suffer, the kind ladies began to sacrifice part of their own humble meals to share with the cats. So great was the happiness and comfort they derived from the company of those sweet creatures that the elderly women seldom left the house. The neighbours were not too worried, though, as long as they could hear the sound of the piano playing the old arias that the ladies both loved.

But as the days passed, the notes became more and more strange, the melodies grew strident and their chromatic sound almost sinister. Those discordant notes slowly began to bring with them a nauseating smell, and it was then that the neighbours decided it was time to investigate.

As you can imagine the piano was no longer played by human beings. The cats had turned the house into their playground. And what was the dreadful smell? The rotting corpses of those two sweet ladies, of course.

Once they had recovered from their shock, the neighbours understood that the moment must have come when the food supplies in the house had been completely exhausted. Although the animals were not yet starving, in an instinctive regression to their carnivorous ancestry they had thrown themselves on the bodies of those poor ladies. Do not bite the hand that feeds… and yet these cats had devoured the flesh of those very same women who had saved them from certain death on the streets.

The house, destroyed in the nineteen seventies, has since become known as the Casa de los Gatos: The House of Cats.  All those who pass through Calle del Sacramento recall the tragic fate of the lovely ladies.

There are even those who claim to hear the sound of a sinister piano being played, whose troubled music reminds us that an excess of charity can sometimes be deadly.