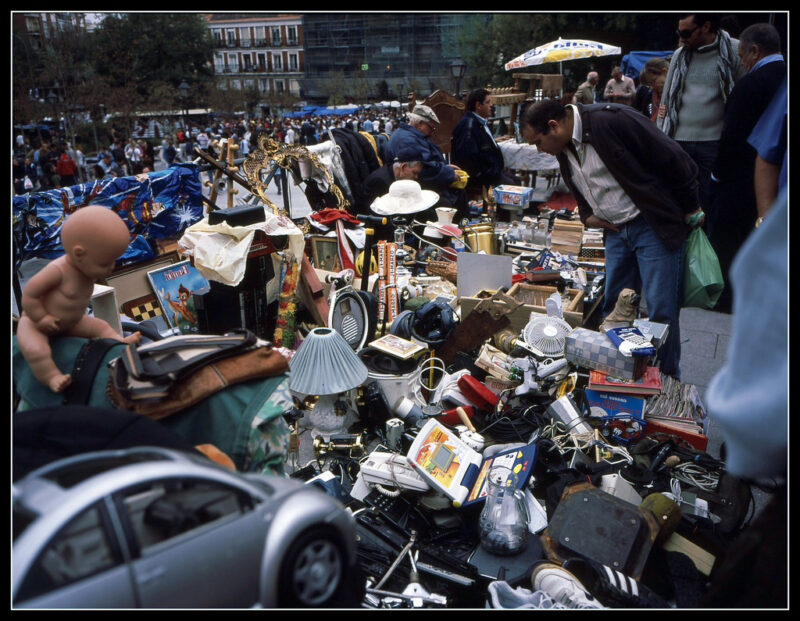 One cannot talk about Madrid on a Sunday morning without mentioning the Rastro. This is the most famous street market in the Spanish capital and indeed the whole of Spain. Here you can buy everything under the sun, from priceless antiques to bric-a-brac hardly worth bargaining for. 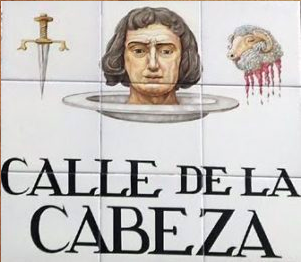 But let us take a moment to consider the word itself: Rastro. What exactly does it mean?

The word has several translations in English, but the one that interests us for the purposes of this week’s story is:

A long time ago, a priest lived in a humble house in the city center. He was known among the townsfolk for his pious nature and unwavering devotion to the Lord. His Christian name was Jeremiah, but others often referred to him as “the clam”, as he was a very reserved person, almost a hermit, who refrained from all social contact.

But Jeremiah had a secret, a secret hidden beneath the floorboards of his house. His entire life he had been saving money in a small chest which he kept safely under a false floor beneath his bed. When the time came, he intended to use these funds for a truly noble cause.

His greatest dream was to open a shelter for needy and orphaned children in his neighborhood. He had not disclosed this plan to anybody, not wanting to seem presumptuous in the eyes of the Lord. Depriving himself of all luxuries, he wore old, patched clothes and battered shoes.

The woman who helped him with the housework begged him to care for his appearance and invest in some new garments. However the pious Jeremiah could not afford to see his plan foiled because of his “whims”, and his housekeeper’s pleas fell on deaf ears.

Finally, she fell ill and died without ever having convinced Jeremiah to spend a single penny unless it was strictly necessary.

The news of the woman’s death spread throughout the neighborhood until it reached the ears of a young Portuguese man who was in search of work. He dressed carefully and presented himself on Jeremiah’s doorstep, offering his services.

The elderly priest, in need of help, welcomed the newcomer into his home. But little did he know that his new employee was better known in the tavern than in the church.

At first, life in the neighborhood went on as usual. However, after a few days, the neighbors began to notice that no one was coming or going from Jeremiah’s house. Perhaps the elderly priest was in prayer and meditation, but surely his servant should be coming and going to fetch provisions?

Worried, a young man from the parish knocked at the door, but there was no reply. He quickly informed the authorities, who decided to intervene and broke the door down.

A sepulchral silence had taken possession of the house, broken only by guards’ footsteps as they made their way through the darkness to Jeremiah’s room. As their eyes adjusted to the gloom they were met with a horrific sight. The old man lay on the ground with his head severed from his body by a mighty blow, his skull cracked in two.

Under the priest’s bed, some floorboards had been moved and a hole indicated the place where Jeremiah used to hide his fortune.

It was clear that the murder had been committed by the young Portuguese man, yet he was nowhere to be found. Both the criminal and the loot had vanished without a trace. 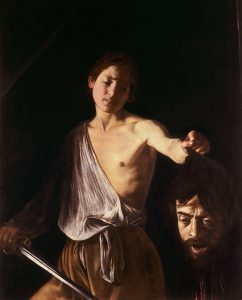 Jeremiah was given a Christian burial, life went on in the neighborhood and the residents began to forget his sad story. Until one day, about two years later, a well-dressed gentleman by the name of don Rodrigo de Paredes arrived in the city.

One day, don Rodrigo was walking up the street of Ribera de Curtidores with his horse. As he passed the butcher’s shop, on a whim he decided to buy a lamb’s head and ask his servants to prepare it for lunch.

The butcher wrapped the head carefully in a bag and don Rodrigo started to walk home. But, as he walked up the street of Ribera de Curtidores, the bag began to drip blood. These vivid drops of blood, which increased with every step he took, left their mark behind him on the cobblestones. A trail of blood… or in Spanish a rastro de sangre.

Passers-by looked on in amazement and fear until a guard intervened and ordered him to show what he was carrying. Don Rodrigo cockily assured him that it was just the head of a lamb. However, as he opened the bag to take hold of the head, imagine his horror as he beheld the head of the murdered priest, cut in two by a meat cleaver, just as he had left him two years earlier.

The false Don Rodrigo broke down and confessed to being the Portuguese servant who had murdered Jeremiah and stolen his life savings. The case was finally resolved and the following day the murderer hung from the gallows on the Plaza Mayor.

And what do you think the guard found when he looked in that bloody bag? Why, a lamb’s head, of course.

For the next few days, the city folk talked of nothing but the strange events which had taken place on Ribera de Curtidores and the traces of blood that could still be observed on the cobblestones as evidence of Don Rodrigo’s indecent actions. In memory of poor Jeremiah, King Philip III himself ordered a lamb’s head to be carved in stone above the door of the priest’s house. From that day forward, the street became known as Calle de la Cabeza, ‘Head Street’, and Madrileños call the area ​​the Rastro, ‘the Trail’.

Indeed there are many who say that those flecks of blood never truly washed off the cobblestones… and if you don’t believe me, go to the Rastro on a Sunday morning and take a look.