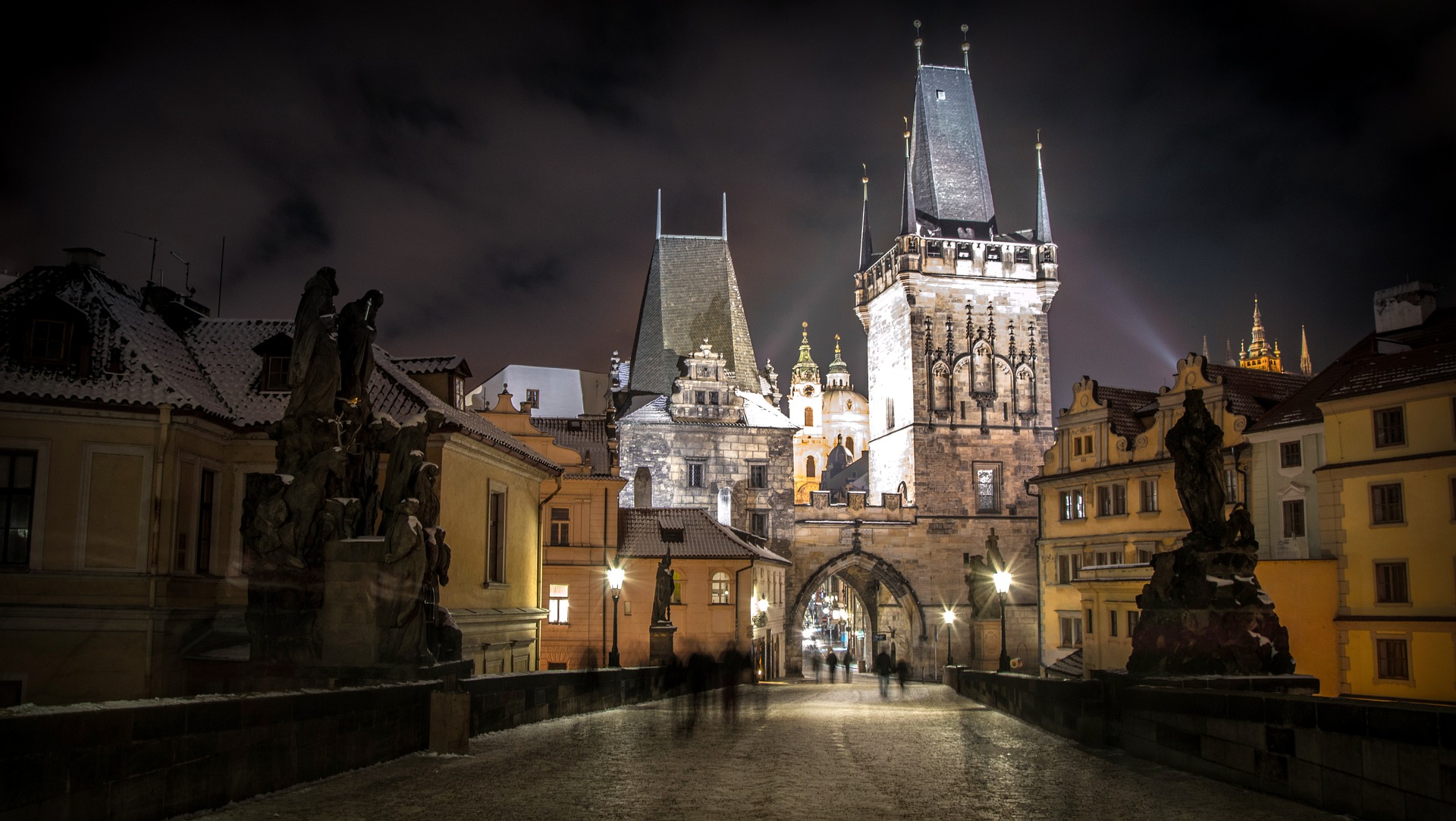 Today, Charles Bridge is Prague’s most iconic location, featuring on almost every tourist souvenir imaginable, most of which can be found atop the bridge itself. However, whilst it may draw millions of visitors a year for its splendour, many people fail to acknowledge its less than picturesque past.

Charles Bridge was constructed between the 1357 – 1402 and, though King Charles IV never lived to see its completion, it has since become the crowning jewel his imperial legacy.

Charles Bridge has witnessed a number of historic events and disasters during its lifetime and is also host to many Czech legends. It is said that King Charles IV laid the first stone himself in 1357 on the 9th July at 5:31 am. This precise time was apparently chosen because the pattern forms a numerical bridge 135797531, which Charles believed would reinforce the bridge’s strength. Whilst the story cannot be confirmed, the bridge’s structure still holds firm to this day, despite an onslaught from both history and the elements.

Charles Bridge has survived floods and wars and has provided a stark reminder to those who opposed power in the region. On June 21st, 1621, a year after the battle of White Mountian, the severed heads of 27 anti-Habsburg revolutionaries were displayed atop the Old Town bridge tower.

27 years later, Charles Bridge was the site of one of the bloodiest battles of the Thirty Years’ War, as the Swedish army, who were occupying the West bank of the Vltava attempted to push their forces across the river into the Old Town. During the battle, part of the Old Town tower was damaged, the effects of which are still visible to this day, with a lack of gothic detail on the West facing wall of the tower.
___

The Statues of Charles Bridge

All of the statues which now adorn the sides of Charles Bridge are replicas of originals which were installed in the late 17th and early 18th and 19th centuries and depict important people and saints in Czech history. The list of statues in order of their original dates of installation are as follows:

Calvary, Holy Crucifix – Exact date unknown, however, the original was the decoration to be placed on the bridge during the reign of Charles IV.

The Bearded man The Bearded Man is one of the oldest public sculptures in Prague. It acted as an old Bohemian watermark warning of potential floods. If the water level reached the eyes and nose of the Bearded Man then Prague was set to flood.

Madonna and St. Bernard – made by Matěj Václav Jäckel, 1709

St. Vincent of Ferrer and St. Prokop –** made by Ferdinand Maxmilián Brokoff, 1712

St. Ludmila with little Vaclav – made by Matyáš Bernard Braun, after 1720

There is one more plaque on Charles Bridge which is not mentioned in the list above. This is the plaque commemorating the death of John of Nepomuk at the hands of King Wenceslas IV.

During the reign of King Wenceslas IV, Europe experienced religious turmoil under the Great Schism of 1378. King Wenceslas supported the Pope of Avignon whilst the Archbishop of Prague remained loyal to the pope in Rome. When it came time to appoint an abbot to the abbey of Kladruby in 1393, following the death of the abbot Rarek, King Wenceslas demanded that no new abbot be appointed but rather the abbey be turned into a cathedral. However, it was John of Nepomuk’s job to confirm the Archbishop of Prague’s candidate and upon hearing the decision that had been made, King Wenceslas IV ordered that John of Nepomuk be tortured and executed.

Rather than be a simple bystander at the torture of John of Nepomuk, King Wenceslas IV took on an active role, with one mural inside Prague castle depicting Wenceslas IV holding a burning torch to his victim’s side. Once Wenceslas had finished, he ordered that John be taken to Charles Bridge, bound in chains, with a piece of wood to gag him. Once there, he was thrown into the river and left to drown. The spot from which he was thrown is now commemorated by a brass plaque and cross.

John of Nepomuk was canonised on March 19, 1729, by Pope Benedict XIII and is now a saint said to protect people against floods and drowning.