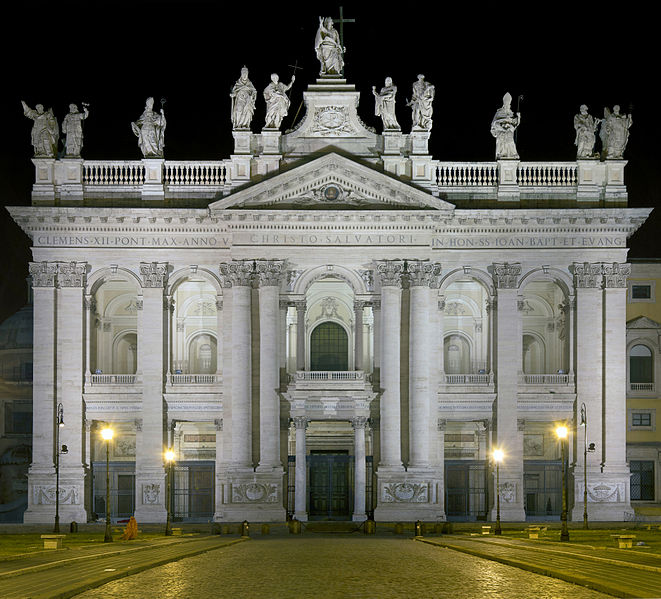 It is common to look to the past to see where our present day troubles come from. After all, many of the decisions our predecessors make start to turn sour when they are gone. Often, we built on and fix those failures to make our own names in life. When a pope in the Middle Ages decided to dig up the past sins of the man before him, though, he took a quite literal bent, leading to one of the most bizarre events in Vatican City’s history, the dead pope’s trial.

As stated in a previous article, the papacy wielded a vast amount of political power amongst Europe’s feudal kingdoms. Michael Edward Moore says that, “[b]y the time of [Pope] Formosus, the ability to anoint the emperors was proving to be a curse more than a blessing. Because of their ability to crown the emperor of the west, and their position at the center of the political and religious world, the popes were engulfed in the violent politics of this period of rapid change.” Accordingly, there was political turmoil in Italy during this time in order to attempt to control who gained access to the papacy and thus was able to make policy. A pope could censor and excommunicate members of the Catholic Church or declare teachings as heretical, and thus destroy the ability of nobles and other important figures to interact with wide swaths of European society. As a result of this political infighting, the Catholic Church twisted in on itself and was weakened as an organization. For a religious organization based around peace, the factional struggles could become quite vicious.

One of the popes that came to power due to this political maneuvering was Pope Stephen VI. Stephen was brought in by the Spoleto family, political rivals of the previous pope Formosus. Formosus had made several decisions that skirted the boundaries of papal power before his death and earned the ire of the Spoleto house. As Atlas Obscura states, while Formosus was still a bishop, “[ . . . ] Pope John VIII turned on Formosus and accused him of violating a law that prevented bishops from ruling over more than one place at a time — a law that was supposed to prevent bishops from building up their own little fiefdoms. And perhaps more tellingly, John accused Formosus of violating a recently passed law that forbid openly aspiring to the papacy. Formosus was getting a little too close for comfort, so John had him excommunicated.” After being brought back into the church by a later pope, Formosus attained the papacy. Medievalists.net states that, “Pope Formosus would be enemies with Guy III of Spoleto, the Holy Roman Emperor, and according to one source he convinced Arnulf of Carinthia, King of East Francia, to invade Italy and push Guy away from Rome. In exchange, the Pope crowned Arnulf the new Emperor at a ceremony in Rome on February 22, 896.” Accordingly, Stephen VI saw fit to solidify his reign as pope by taking his predecessor to trial for these indiscretions. Atlas Obscura suggests that, “[ . . . ] likely it was to cover for the fact that Stephen was guilty of the exact same things he was accusing Formosus of. Formosus had made Stephen bishop, and Stephen had become bishop of Rome (a title that comes with the papacy) while he still held that post. But if Formosus could be found guilty of that same crime (being a simultaneous bishop of two places), his actions would be null and Stephen wouldn’t have been a bishop when he was elected pope. Stephen also might have been completely insane.”

This decision immediately became problematic with the fact that popes serve for life. Indeed, Formosus had been dead for several months and buried once Stephen took power, as Stephen himself had been preceded by an intermediary pope that had died of illness a few weeks into his own reign. Still, Stephen decided to go forwards with this plan. He had Formosus dug up and then brought to a court in Vatican City, forcing high-ranking cardinals to attend Formosus’s trial.

What followed was a gruesome farce that became known as the Cadaver Synod in Church history. Formosus’s moldering corpse was propped up on a papal throne and dressed in the vestments typical of his position as Stephen proceeded to interrogate and accuse his body of the crimes that he had committed in life. In order to receive answers, a low-ranking Church official was appointed to speak as the voice of Formosus. Considering that he was speaking for a rotting body, the apologia he could have provided was understandably limited. Formosus was found posthumously guilty of all his suspected crimes. As a result Stephen proceeded to desecrate his corpse. As Moore states, “Formosus was convicted, and all his ordinations declared invalid. The three fingers used to form the sign of blessing were cut from his right hand, and the corpse stripped of its papal garments and put into layman’s clothing. It is possible that the body was first consigned to an unmarked grave, but again disinterred, and thrown into the Tiber.” Moore cites two historical sources that state that the former pope’s body bled from the mouth during the trial, and Atlas Obscura states that during the trial the building itself was shaken by an earthquake.

The trial itself was a tumultuous nightmare. The ramifications behind it had the potential to shake the Church and Europe as a whole. Check back next week for a discussion of the aftermath of the Cadaver Synod and some of the darker implications behind the trial.