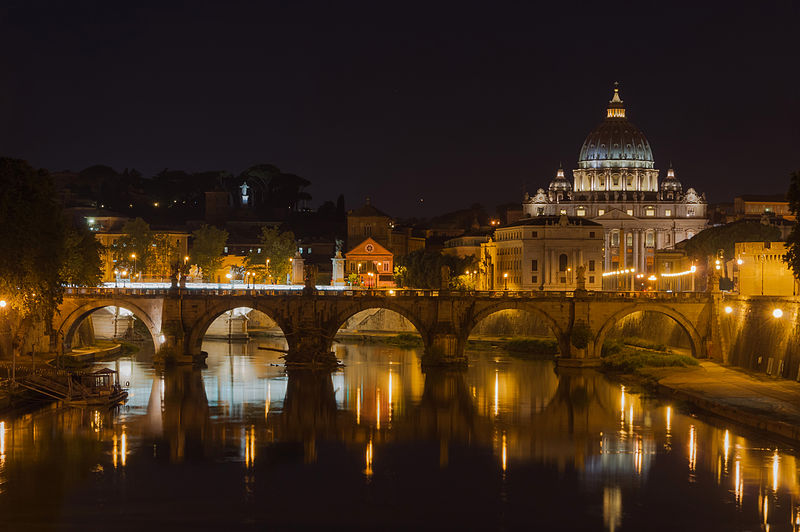 This article serves as the second half of a two part article about the Cadaver Synod, a moment in European history where a pope in the Catholic Church placed the dead body of his predecessor on trial. To see the first half of this story, visit this link.

As discussed, Pope Stephen VI’s decision to adjudicate and then desecrate Pope Formosus’ body was marked by several ominous signs. The bizarre events attached to the proceedings could have been read as displeasure from on high at the papacy’s actions. Why would someone even consider this trial as a potential way to address the problems of a previous papal administration? Consider that the Vatican had already established that the body parts of saints were venerable and could be used as a reminder and connection to the afterlife. Stephen may have been attempting in a way to establish, through his power of creating Church doctrine as given to him through the Christian concept of the Holy Spirit, a further use of the concept of relics in order to shed truth on actions taken in the mortal world. If so, the use of Formosus’s skeleton may have been meant to a way to contact him in Heaven or, most likely under Stephen’s understanding (and bias against the man), the intermediary area between death and Heaven known as Purgatory, where souls go to atone for their sins. Think of it as something similar to a Ouija board wrapped up in religious rite.

The punishments themselves had basis in the Roman concept of obliterating the records of emperors that had committed grievous acts. Michael Edward Moore suggests that, “Stephen had revived the ancient Roman practice of damnatio memoriae [ . . . ] Damnatio memoriae refers to the wholesale destruction of statues, the hammering away of names from inscriptions. [ . . . ] The trial of Formosus reflects all the elements of classical damnatio: the declaration as hostis [or ‘enemy of the state’], mutilation of the corpse, disposal in the Tiber, and the destruction of images.”

The trial of the dead pope was not just a morbid image and another example of how Europe used dead bodies for its own ends. From a theological standpoint, it was a horrifying expansion of a religious organization’s power to prescribe the fates of the dead. Consider that the Catholic Church had and would develop several means to make it more easier, in the eyes of the organization and their faithful, to either be damned to Hell or guaranteed a place in Heaven. Excommunication meant a person cast out of the church could not not confess their sins to a priest and that their families would unable to baptize and therefore “save” their children. The Church would eventually turn indulgences, payments to the Church and other penitent acts that would automatically forgive individuals of their sins, into a way for the rich to literally afford to flaunt the rules of the church with excess if they subsidized the organization. The doctrine that Stephen almost set up with the trial could have meant that popes would be able to potentially “decanonize” individuals if they were able to come up with a reason to bring them to trial. After all, popes were considered to beyond reproach. Moore suggests that, “[i]t was impossible for any bishop, abbot, king, or community to judge a pope, because his position was above that of every “disciple.” This dilemma may have suggested the procedure of the Cadaver Synod, which made it possible for one pope to judge another, and thus to circumvent the Symmachian doctrines. Behind the ghastly method of the trial was a crude display of exceptional power.” Considering how easy it was for Stephen to receive the verdict he wanted from his trial, this would have been a surefire way to delegitimize the actions of certain rival bishops, cardinals, and other church officials after their death, potentially including popes if Formosus’s trial had been taken well. To say nothing of the damage that this would have caused the organization’s ability to make lasting doctrine as a whole, this would have allowed popes to throw extreme doubt on if individuals were in Heaven and not in Hell after their death. Imagine the existential terror that any Catholic would have if, even if they had lived a devout life, they knew that the Church could pronounce them such sinners after death that they were removed from the church. Would anyone be able to die peacefully knowing that their own leaders could cast them out so thoroughly with just a show trial?

What Stephen meant as a way to destroy the legacy of a hated prior pope ended up sealing his own fate in an ironically fatal twist. Public support turned against him after the trial for his mockery of the office. Atlas Obscura states that, “[a]t this point the people of Rome had just about enough of Stephen and his corpse trial. A mob threw him in prison where he was strangled in his cell.” Formosus’ body itself was saved. Moore says that, “Later, according to the pro-Formosan author Auxilius, during the night there was a great thunderstorm, and the level of the Tiber began to rise. A monk of the monastery of St Acontius near Porto was warned in a dream by the ghost of Formosus that his body would be found along the shore, and so it was. The body was recovered and quietly buried in the monastery.” Stephen’s attempt to feed the growth of his career with the body of the man who came before him turned him into a corpse as well. Not all the problems that we face in life come from those before us. Sometimes, we make them for ourselves.