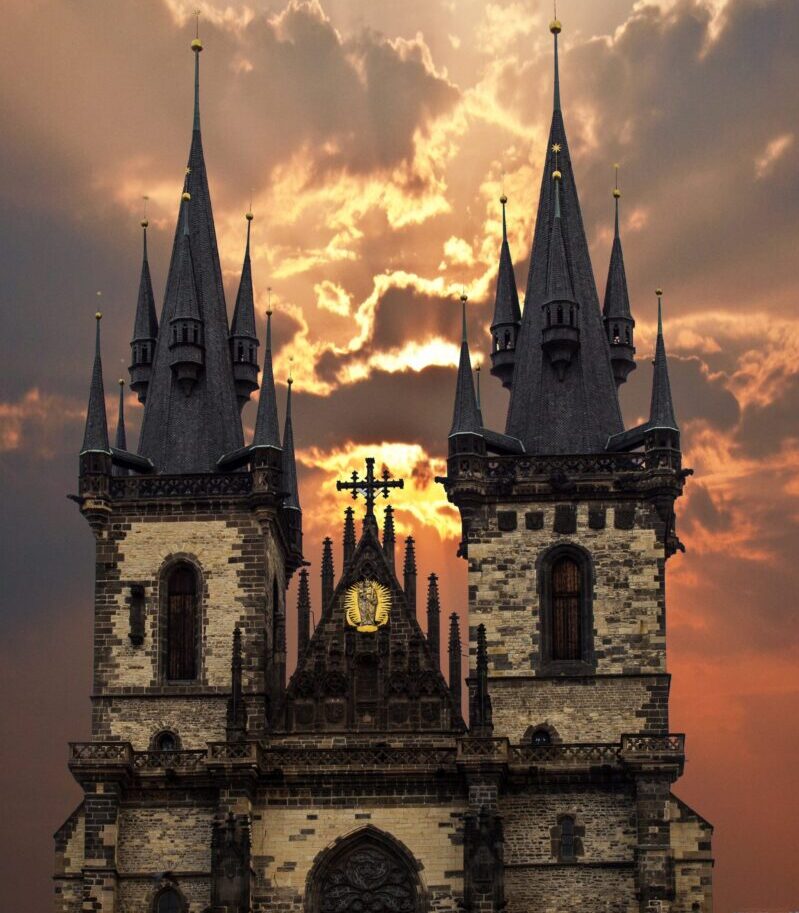 Prague, mother of cities and the city of more dreaming spires than Oxford is a city both modern and ancient. The capital of the Czech Republic with a population of about 0.9 million is the powerhouse of a booming Czech economy. Even in the current global world recession Prague is doing very well. Over the last few years the Czech Crown (CZK) has strengthened considerably against both the dollar (USD) and the pound (GBP) and continues so to do due, mainly, to the increasing expansion of investment by major Western companies establishing or building upon their presence in the very heart of modern Europe and also to a thriving and vibrant tourist industry.

Visitors and tourists to Prague can be divided into a couple of broad groups: A fluid mass of youngsters backpacking their way around Europe during their ‘year-out’ of University, the rowdy and rumbustious stag- and hen-party weekenders that loudly fill and subsequently fall even more loudly and drunkenly out of the many city centre bars, and the more mature and somewhat sedate leisure tourists sampling the history and culture of the former seat of the mighty Austro-Hungarian empire.

At the centre of the one-time kingdom of Bohemia, Prague, in terms of culture and history, has a great deal to offer the less casual and somewhat more erudite visitor seeking something other than merely cheap beer and considerably more pricy strip clubs that pander to the red-light tourist. In over a thousand years of history, peaceful and bloody, the former state of Czechoslovakia has been witness to political intrigues, religious wars, continual invasion and domination, revolution and secession, and finally, geographical divorce and independence, political and economic.

The bloodless cultural revolution of 1989 and the subsequent velvet divorce in 1993 between the Czech and Slovak Republics saw the emergence of two independent states ready to take on the West, enter the EU and embrace the Euro and since then Prague has continued its broken tradition as the capital of a modern dynamic country with a fascinating and frequently hidden past.

The kingdom of Bohemia, the region that is now the Czech Republic, reached its cultural apogee during the reign of King Charles IV. Born Wenceslas or Vaclav, Charles IV became the second king of Bohemia from the House of Luxembourg, and Holy Roman Emperor in 1347 and made Prague his capital. Many of Prague’s finest architectural monuments and buildings bear his name; Charles University, Charles Bridge and Charles Square. Prague Castle and much of the magnificent cathedral of Saint Vitus, by Peter Parler, were completed under his patronage. It was, however, during the reign of Rudolf II that Prague became firmly established itself as ‘occult central’.

Rudolf II it seems was not quite the stuff that kings should be made of. Although several women claimed to have been made pregnant by him, he never married and may have had affairs with male members of his court, he suffered from recurrent and increasing bouts of melancholic depression throughout his life and he generally shunned publicity and the usual affairs of state. Much of his political shortcomings and failures were due to his obsession with the arts and occult sciences and because of this Prague became a magnet for every alchemist, astrologer, soothsayer, fortune-teller, diviner and charlatan purveying their esoteric knowledge and skills for Rudolf’s entertainment and erudition. The marks and remnants of these occult goings on that remain today in the very fabric of the old city and in the many myths, legends and stories woven into it can be seen by those who have the eyes to see.