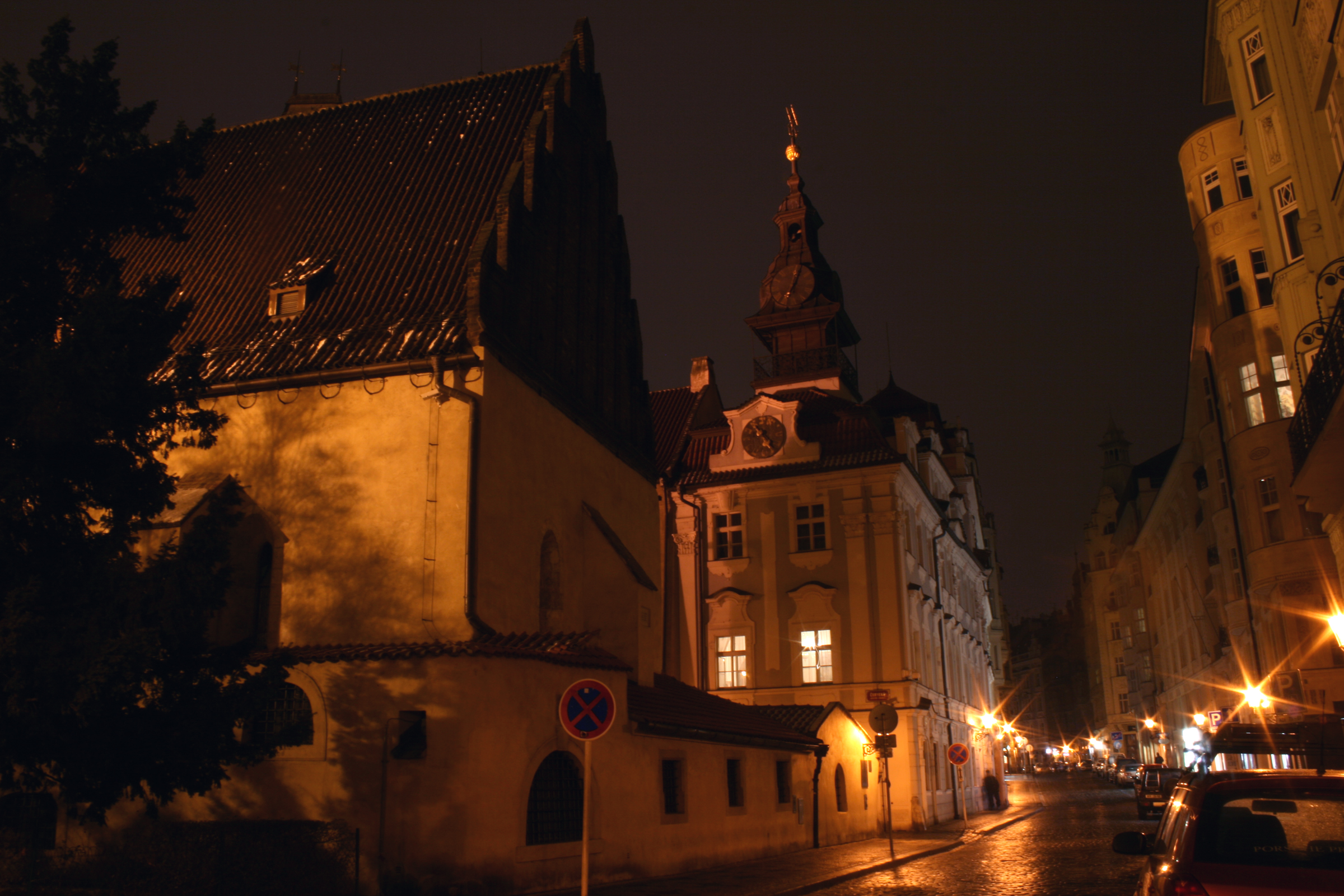 In the Old Town area of Prague in the heart of Josefov, the Jewish quarter, stands an unprepossessing building that hides within its walls a secret: The Golem of Prague. In the attic of the Old New Synagogue there is a genizah, a room or depository in a synagogue or cemetery, usually specifically for worn-out Hebrew-language books and papers on religious topics that are to be stored before receiving a proper cemetery burial.

The lowest three metres from the stairs leading to the attic from the outside have been removed and the attic is not open to the general public. There is a very good reason for this and it is the very stuff of legend. The legend of Prague’s Golem.

During the reign of Rudolf II, the Holy Roman Emperor, Prague Jews suffered attacks and harassment and, for the most part, the entire Jewish community were confined to the tiny area of Josefov and lived in a continual state of fear for their lives. The chief Rabbi of Prague, Rabbi Jehud Löwa ben Bezalel decided to help protect the Jewish community and, using his expert knowledge of the Kabbalah, he created a Golem, a shapeless giant made of clay or earth. Rabbi Loew fashioned his Golem of clay from the banks of the Vltava river and, reciting Kabbalistic incantations in his native Hebrew, brought his creation to life.

Golem obeyed Rabbi’s Loew every instruction to protect the people of the ghetto. However, Golem became increasingly violent, spreading panic and fear to such an extent that Emperor Rudolf begged the Rabbi to destroy Golem, promising to stop the persecution of the Jews and so Rabbi Loew put his Golem to sleep.

The famous story of the Golem of Prague created by the Rabbi Loew is considered by some to be a Jewish folk story or literary invention dating from the 18th or 19th Century. The story, it is said, was created by Jewish German writer Berthold Auerbach for his 1837 novel Spinoza. The story of the Golem later appeared in print in 1847 in Galerie der Sippurim, a collection of Jewish tales published by Wolf Pascheles of Prague. In 1909 an account in Hebrew and Yiddish was published by Yudl Rosenberg in Lwow, supposedly based on the found diary of Rabbi Loew’s son-in-law, who had helped create Golem; but the authenticity of this manuscript is in dispute.

Whatever the truth, whether Golem was created by Rabbi Loew in the 16th Century or a later literary invention it seems that Golem, yet sleeping, retains his power. During World War II a Nazi agent ascended to the attic of the Old-New Synagogue broached the genizah and tried to stab Golem but he perished in his attempt. Subsequently, the Gestapo refused to enter the attic for the rest of the war and the building was spared during the Nazis’ systematic destruction of synagogues.

Although some versions claim that Golem was stolen from the genizah and entombed in a graveyard in Prague’s Žižkov district, where the great Žižkovská tower now stands, according to the classic legend Golem lies dormant in the attic genizah of the Old-New Synagogue waiting to be awakened and restored to life again if needed.