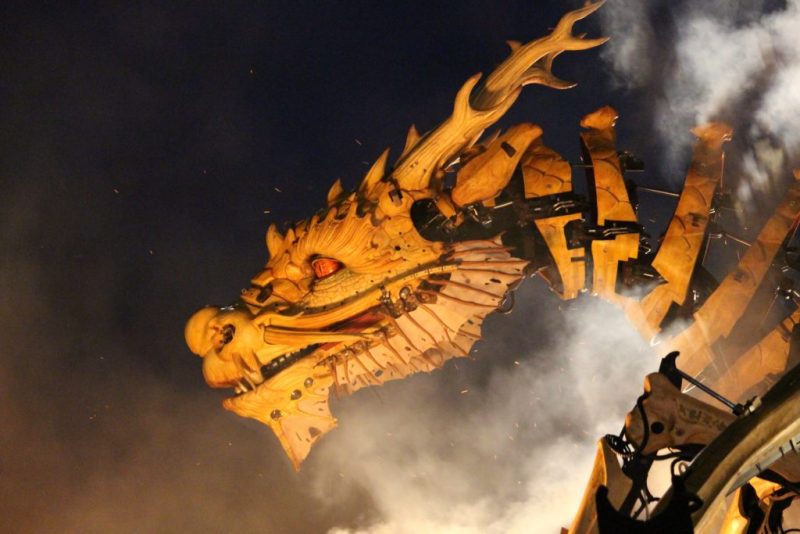 St. George and the Dragon

I find the small island nation that I was born upon a miracle. We have punched above our weight on issues ranging from politics, to ethics and science for the last 1000 years. We have a Royal Family that is a dynastic miracle. England has a History that is rich, diverse, compelling, confusing and exhilarating. There is so much to learn and be inspired by. Today we will be talking about St. George.

That is not to say all of our History is something to be proud of. England was a part of the slave trade which is of course abhorrent. The British Empire was also not a good thing.

What I love most about England is that though we are an Island nation, we are one that is defined by multiculturalism. Visit London, an English city, where you will hire a German car, eat Indian food, buy Italian fashion and buy Swiss jewellery.

Today we continue our series on saints and we will talk about St. George, England’s Patron Saint, who was likely born in Israel, who slayed a dragon somewhere in the hills of Libya.

St. George was weary from his travels. He had traversed mountains, conquered rogue waves and ridden through sandstorms to arrive in the country of Libya. As his war horse wearily staggered over the final sand dune, a city opened up in front of him. George smiled, in spite of himself, he was glad to have finally reached somewhere he could receive a warm bath, a meal, even an ale perhaps. The travellers pillow was always over the next horizon he thought as he kicked his horse into a trot. “Not long now girl, not long now”.

St. George hears about the Dragon 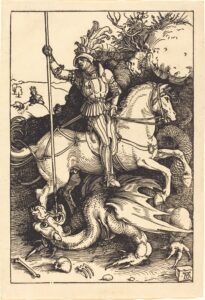 A hermit, mal-nutritioned, skinny and babbling like a mad man emerged from the bushes. St. George sheathed his mighty blade though his hand did not stray far from the hilt. “Share a fire with me old man, perhaps even a stew”.

As the two shared a fire the Hermit began to tell a tale. He told of a terrible dragon who was ravaging the country.  He told George that every day, a  beautiful young maiden would be sent as a sacrifice to be devoured by the dragon. The Hermit continued with his tale of death and devouring. He advised that all of the young fair maidens had been killed by the dragon. In fact, the only maiden left was the Princess, the King’s Daughter. Tomorrow, it would be her turn to walk into the cave, it would be her turn to face her doom and demise by the Dragon.

Of course he will. St. George is a heroic Knight and upon hearing of the Princesses’ plight he agreed to take on the dragon in single combat.

St. George approached the cave where the dragon was said to reside. He drew his broadsword. He held the heavy blade comfortably with one hand that many men would struggle to wield with two.

“Beast. Oh, Lizard! Oh green-skinned cretin. Scaled scion of Satan. Meet me on the field of combat. Meet me amidst the trees of truth. Stand toe to toe as I scythe you from tongue to tail. Stand with me…” St. George would no doubt have continued. He seemed to have a flair for the dramatic. Sired on tales of Lancelot and chivalry, St. George was in his element, besides, surely there couldn’t actually be a dragon in there…could there?

There is definitely a dragon in there

A mighty rumbling emerged from the cave and the ground shook. What have I done, thought St. George? Out of the cave rushed a dragon, fifty feet in length and covered in shimmering scales. Its terrifying head looked about for the source of the challenge, finally casting it’s eyes on St. George. It began to charge.

St. George had always been a natural Knight. He had fought in tournaments, melees and border disputes without a single blemish on his honour. Not a black mark, not a besmirch. I am pleased to say when facing a dragon longer than a bus, his courage did not fail him. St. George grabbed his spear and charged the beast.