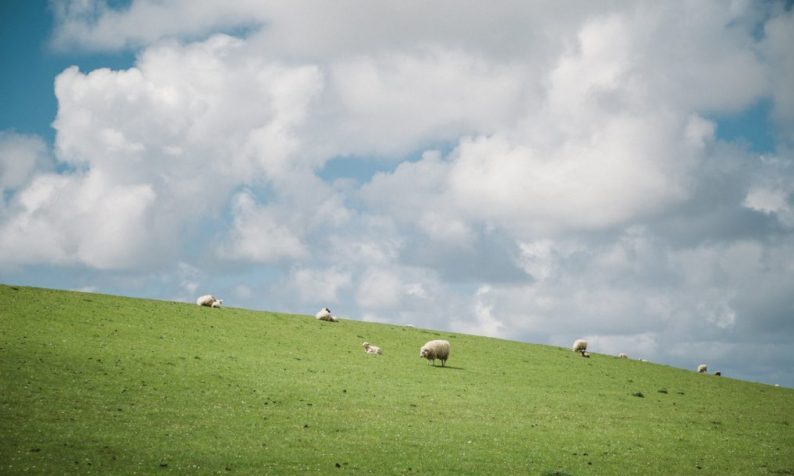 Beauty is in the eye of the Beholder

St. Drogo – In her 1878 book Molly Bawn, Margaret Wolfe Hungerford first coined the phrase, “Beauty is in the eye of the beholder”. Essentially she was saying that what constitutes beauty to one person, would be considered repulsive to another. Hungerford wasn’t the first to make this observation.

It certainly seems true that beauty is subjective. That all of us have our own interpretation of what makes a face or body aesthetically pleasing. That being said, there has been a generally accepted version of what constitutes beauty that has changed throughout history.

The Romans – They enjoyed symmetry of face for both men and women. Female Romans should be small and thin with pronounced hips, wide thighs and small (ahem) breasts.

The Tudors – A pale complexion was considered important here. This separated the rich from the poor, as those less fortunate would have to toil in the fields and become more tanned and weathered. To enhance this look Tudor women would use a lead-based make up called Ceruse, we now know this caused lead poisoning for a number of aspiring beauty queens.

Georgians – Think enormous wigs and large trousers, like a cross between Marge Simpson and Hugh Laurie in Blackadder.

Modern Day – There is concern that with modern day social media channels, the idea of beauty has become an unrealistic pinnacle. Wealthy Instagram Influencers portray a heavily-filtered perception of both beauty and life that just may not be realistic.

I would suggest that all readers look most beautiful when they are comfortable in themselves. Or, I would call for a return to The Georgian fashion styles, the Georgians were cool.

With so much pressure to conform and look attractive and yet so much variation in expectations, it can’t be possible for us all to pull it off all of the time. Well don’t worry, if you are sitting there concerned you may not be one of the beautiful people, that’s fine, there’s a Saint for us too. Meet St. Drogo, Patron Saint of the Unattractive People.

Flemish Saint Drogo was born in the first half of the Twelfth Century in the small village of Epinoy in Northern France. Drogo’s father had sadly died before he was born and his Mother, who suffered complications, died during an attempted cesarean section. The baby survived. That baby would grow up to become St. Drogo, Patron Saint of the Unattractive People.

Drogo was sent to live with relatives and grew up a happy young boy. Before he was a teenager he somehow learned the cause of his Mother’s death. Drogo was distraught! He felt misplaced guilt for what had happened to his Mother and would spend hours in prayer begging forgiveness. When Drogo became of age and received a tidy sum in inheritance he piously gave all of this away to the poor. All he kept for himself was a set of clothes. He set out onto the road.

St. Drogo embarked on all of the activities that any self-respecting Saint should do. He made a pilgrimage to Rome on multiple occasions. He spent some years as a shepherd, unsurprisingly, Drogo was a good shepherd.

St. Drogo enjoyed the simple life of tending his flock, contemplating life’s great mysteries and in prayer to God. Not everything about Drogo was simple though. It is thought he had discovered the secret, or been gifted the power of being able to bilocation. Bilocation is the ability to be in two places at once. He was often seen both looking after his sheep in the fields and attending mass in the church. This gave way to a saying in Sebourg when villagers were presented with a never-ending to-do list, ““I’m not Saint Drogo; I can’t ring the church bell for Mass and be in the procession!”

Why the unattractive people?

During a pilgrimage, poor Drogo caught an unpleasant disease that caused him to suffer from pus filled boils and other such deformities.

The villagers who did not want to look upon his unsightly face,built a small cell for him adjacent to the church. They even built him a small hatch going into the church so he could still be given his wafer at mass. Drogo lived in solitude in this cell for forty years.

The parish church in Sebourg one day set alight. St. Drogo refused to leave his dwelling adjacent to the church, claiming if God willed for him to burn, than it would be done. His house caught aflame and the villagers thought Drogo dead. When it was safe to go into Drogo’s dwelling, they approached with caution, terrified of what they might find.

St. Drogo was fine and the villagers rejoiced that he had survived this terrible fire.