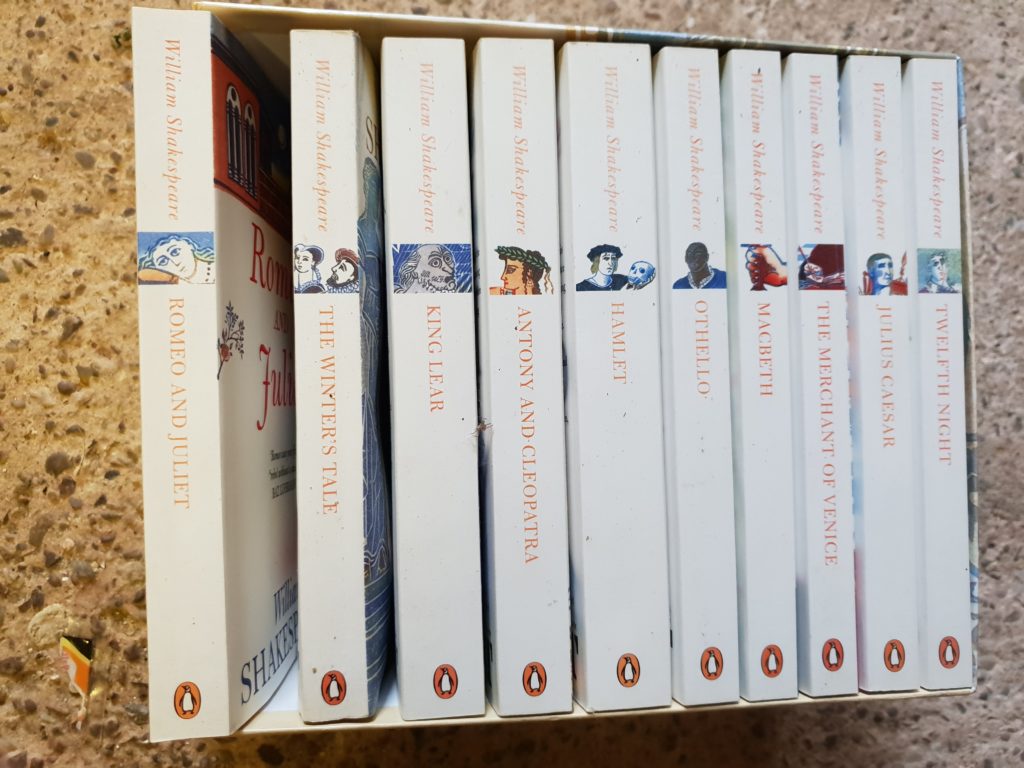 William Shakespeare is one of the most famous writers in English History. He wrote in iambic pentameter that made even the drunkest of Elizabethan actors sound good, modern day scholars describe him as having a unique and timeless insight into the human psyche and he wrote about cultures, places and History that frankly he had no right knowing about. His collection of work includes an impressive thirty-seven plays, made up of Comedies, Tragedies and Histories. He has inspired modern films such as The Lion King and Ten Things I Hate About You. His legacy is huge.

Like all great artists however he does divide consensus. School children have whinged for decades about the playwright, protesting about stuffy English Masters waxing lyrical about the symbolism of the waning moon. We have all painfully forced laughter at The Porter from Macbeth as the poor actor behind the mask pretends to drunkenly stagger and lurch around the stage (it just isn’t that funny…). Some of us, I am ashamed to say myself included, have inwardly cheered when the annoyingly lovesick puppy Romeo was put to sleep by Shakespeare.

We are going to look at William Shakespeare’s background, his legacy and whether he did in fact write his plays himself.

We don’t actually know when William Shakespeare was born, but records do tell us that he was baptised in Stratford-upon-avon in 1564, so probably around then. His father was a humble glove-maker and his mother was the daughter of a local farmer. From fairly modest origins William Shakespeare would end up writing for Queen Elizabeth, introducing new words to the English language and colouring our perception on Historical figures and events. Local boy done good.

Upon retiring from writing plays, Shakespeare returned to Stratford-upon-avon from London. He died in 1616. Just one month after updating his will bequeathing much of his estate to his eldest daughter Suzannah. Ironically, Shakespeare began his updated will by declaring himself to be in “perfect health”. I would love to cook up a conspiracy theory regarding this and if I could find even a whiff of foul play I would. Annoyingly no contemporary sources seem to exist explaining Shakespeare’s sudden death. That’s not to say Shakespeare wasn’t the victim of foul play. Just that I can’t find any information on it from the period.

The best I can find is an account from the vicar of Stratford writing fifty years after Shakespeare died. “Shakespeare, Drayton, and Ben Jonson had a merry meeting and drank too hard, Shakespeare died of a fever there contracted”. Shakespeare did associate with Drayton and Johnson so who knows? This could be how it ended for the Bard.

William Shakespeare was buried in Holy Trinity Church in Stratford-upon-avon. His grave is marked with a curse advising future generations not to move his bones, bit weird.

Shakespeare wrote with confidence about Milan, Morocco, Venice and countless other exotic settings. He wrote with an academic authority about great figures from History such as Henry V, Richard III and Macbeth. He was not one to shy away from challenging or bizarre stage directions. This is seen in A Winter’s Tale, “exit pursued by bear”. His complex plots, exotic settings and lordly characters paint a rich tapestry throughout his work. This has caused Historians  to ask where his experience in these areas came from?

The main contenders scholars have identified for being the “real” William Shakespeare are Francis Bacon, Edward de Vere and even Christopher Marlowe. Supporters of this theory argue that Shakespeare having grown up in an illiterate household, in the back-end town of Stratford-upon-avon, could never have developed such a command of the English language. Doubters of Shakespeare are incredulous that the son of a simple glove-maker would be able to write with such authority about elitist pursuits such as hunting or falconry.

So did William Shakespeare write his plays?

The whole conspiracy seems more than a little anti-proletariat. Because his body of work resonates with such a large audience it couldn’t possibly have been written by anyone so removed from the court? Come on. History has offered us countless examples of great writers growing from the most barren of dirt. Emily Bronte was raised as a recluse in a graveyard in West Yorkshire. She however managed to write one of the most real and compelling love stories ever penned. Even I, Sebastian Doyle, who was raised by Khazikstani mountain goats up until the age of twenty-seven am able to employ some mastery in the craft of authorship.

Truly great authors can come from any sector of society, offering insight into individuals whilst simultaneously uniting a whole audience. Close curtains.