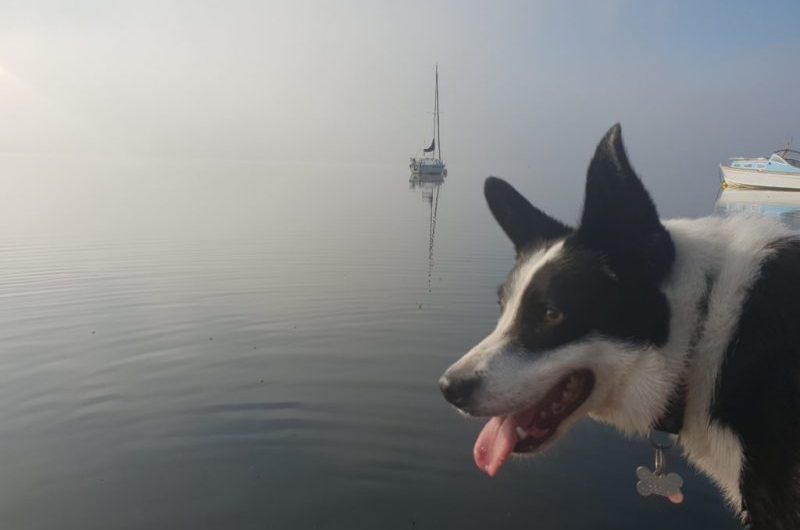 As a nation, we love our four-legged furry friends. We play with our dogs, we work with them and we spend an inordinate amount of time posting pictures of them onto Social Media. Today we are looking at Famous Dogs from History.

Following the death of the corpulent and infamous Henry VIII, his son, Edward VI ascended to the throne. At just nine years old, Edward had a minority reign and his Uncle, Edward Seymour the first Duke of Somerset, was appointed Lord Protector. Jealous of Edward’s influence, his younger brother Thomas Seymour plotted to kidnap the King. By taking charge of the young monarch he hoped to increase his influence and power at court.

On 16th January 1549 under the cover of darkness, Thomas Seymour snuck into the palace. François van der Delft, the Imperial Ambassador reported the following:

“The alarm was given by the gentleman who sleeps in the King’s chamber, who awakened by the barking of the dog that lies before the King’s door, cried out, “Help! Murder!”.

Everybody rushed in; but the only thing they found was the lifeless corpse of the dog.”

Thomas Seymour had shot the spaniel presumably in an attempt to prevent it alerting the guards to his presence. Poor pooch. I am happy to say Seymour was executed on March 28th 1549 for attempted High Treason…and shooting the king’s dog.

Sadly this history-changing canine’s name has not survived the passage of time.

Few stories are more tragic than that of Prince Llewelyn and his faithful Hound Gelert.

Prince Llewelyn was bored. It was hard being a modern-day Dad in the twelfth century. You were expected to hold the baby, you were expected to coo at the baby, everything became about the baby. It was enough to drive a feller to exhaustion. There was no time for roystering, very little time for rodgering, in fact, all rambunctious behaviour seemed to be off the menu these days.

Llewelyn sighed the sigh of a man with the weight of the world upon his shoulders, but then, he heard something he had not heard for a long time. He listened again to be sure of it, and yes there it was. Silence. His son had drifted off peacefully to sleep and for once wasn’t wailing like a banshee that had stubbed it’s toe. There were no courtiers asking him to sign a new law or scribble on a death warrant. Llewelyn smiled.

It’s important to enjoy the little things he thought reflectively. I am a Father, yes, but I am also a young man. I should be out there enjoying life. A small hunt wouldn’t hurt. His son was almost six months old now he would be fine on his own for a while. Apparently there was an Emperor in China that was only six months old. Nobody was asking his son to restore a dynasty just to be quiet and sleep for a couple of hours whilst Daddy got some fresh air.

The Prince goes on a Hunt

He saddled up his horse and looked out over the beautiful village of Beddgelert with it’s picturesque river running through the centre. “Gelert!”, the Prince hollared, “Gelert!”, he called again. There was no sign of his favourite hunting hound. How strange, Gelert normally did not stray far. But then again last night he had heard the hows of a bitch on heat carrying on the wind from the mountains, perhaps Gelert was out being, well, a dog.

The hunt was everything the young man needed. It cleared his head. It gave him a chance to contemplate life and the meaning of it all. He rode back to the palace feeling thoroughly refreshed and like an itch had been scratched.

“Strange”, he muttered as he approached the palace slowing to a trot, “I was sure I had shut the front door…”

The Prince heard excited barking from his faithful hound Gelert just as he had when he had returned a thousand times before. That’s what the Prince loved about Gelert, no matter what had happened, no matter how long he had been away, his dog was always thrilled to see him.

As Gelert padded out to meet the Prince, he realised that something was very wrong. His faithful hound was covered from nose to tail in blood.

“Oh my God, Gelert, what has happened to you?”, the Prince leapt down from his horse and held his dog closely. He ran his hands over the canine searching for any areas of tenderness or any cuts. It did not appear that the blood was Gelerts. If not Gelerts blood though, than whose?

The prince sprang to his feet and ran into his sons room. He arrived beside his Sons cot and to his distress, found it empty. Blood soaked the floor and the child’s bedclothes. “Gelert what have you done…”, the Prince muttered. Filled with a murderous rage he grabbed his faithful companion’s collar with one hand and plunged a sword into his side. The dog never looked away from his master’s eyes. He whimpered once before collapsing on to the floor.

As the Prince stood in his son’s room, covered in the blood of his loyal companion. He heard the sound of a baby crying. He ran into the adjacent room to find his son, unharmed lying on the floor. Next to his son was the dead body of a gigantic wolf. The Prince realised in horror that Gelert had not attacked his son at all, he had saved him.

The Prince was so distraught by what he had done, he is said to have never smiled again. He built a grave for his companion that you can still visit today. Click here for details on Gelert’s grave.

Space, the final frontier. On November 3rd 1957, the Soviet Union launched the Sputnik 2 mission to put the first living creature into space. A crossbred mongrel was selected, although she was said to be similar to a husky. Her name was “Laika”. The formerly stray dog orbited around the Earth.

Unfortunately, this was a one-way ticket. It is unknown how long Laika survived before the life support machine switched off and she passed away, further from home than any living creature had ever been before.