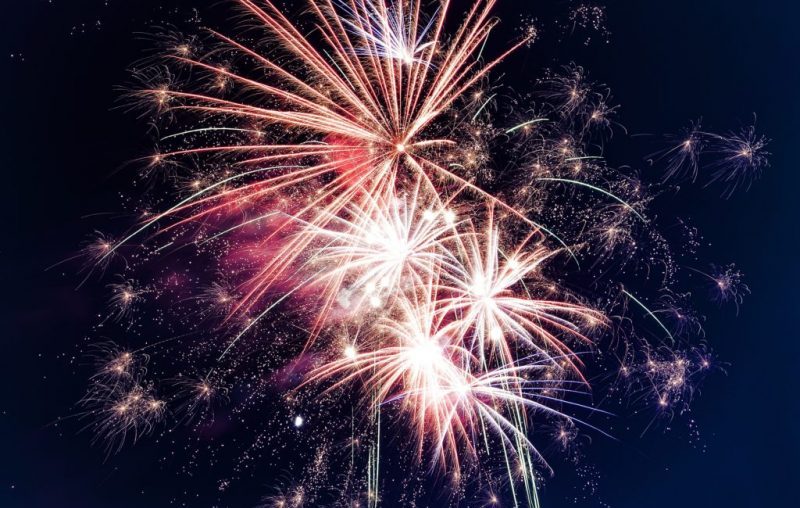 Bonfire Night and the tale of Guy Fawkes

Although Guy Fawkes’ attempt to blow up the Houses of Parliament and kill the king was not successful, the un-exploded bombs can be heard across the British Isles every year on Bonfire Night. It is for this reason, the sheer extent of the legacy left by the unsuccessful attempted terrorist attack that the events of November 5th 1605 have an honorary position in closing off our series on Regicide. If you have not read the other posts in the series of Regicides you should check them out. There is the sorry tale of King Edward II and the red hot poker, Charles I who lost his head during the English Civil War and the euthanasia of King George V.

What is Bonfire Night?

Every 5th November, the British Isles celebrate the thwarting of Guy Fawkes and his group of radicals who plotted to blow up the Houses of Parliament. Not only did Fawkes and his band of radicals intend to blow up these iconic buildings, they also planned to kill the Lords within and King James I. Had Guy Fawkes been successful, this would have been the largest terrorist attack on British soil ever including modern times.

To mark this event, each day every year villages, towns and cities across the country will throw a party. The country is lit up with bright flashing lights and the sound of explosions as fireworks are set off into the night. The fireworks are embraced by most people and local authorities and community leaders will put on events as fundraising activities. Young lovers “oooo” and “ahhh” as the skies light up. Children point excitedly up at the sky, their familiar and mundane bedroom window transformed into a portal more exciting than any television set. The evening has a real family feel to it.

Perhaps slightly darker, is the tradition of a bonfire at these events. Wooden pallets and old crates are smashed up and the spare wood is piled high. The flames lick up into the night sky casting visitors in an orange other-worldly glow and giving some relief from the chill November air. Before this pyre is lit however, a straw effigy of Guy Fawkes is placed atop the dry wood. Each year we celebrate not only the failure of Guy Fawkes and his gun powder plot, we also celebrate the subsequent execution of Guy Fawkes as a traitor for attempted regicide.

On November 5th 1605, Robert Catesby found himself the leader of a radical plot to overthrow the British monarchy and the establishment by blowing up the Houses of Parliament.

Catesby? I hear you ask, why then do we burn an effigy of poor Fawkes? Why is Catesby not chucked atop the pyre and roasted every 5th November? Fawkes seems to bear the brunt of the blame for this as he was hired as the trigger man and was set to be the assassin to light the fuse of the bombs.

As above, Catesby found himself the leader of a plot to kill the King and the lords in Parliament. The plan was simple but then all of the best ones are. They hired a cellar for storage near the Palace of Westminster and tunnelled under the royal houses. The rented cellar was filled with an estimated 2500 kilograms of explosives. This would have been more than enough to kill King James I and a number of important members of Parliament.

Catesby and Guy Fawkes would have got away with it if it wasn’t for the Monteagle Letter. On Saturday 26th October a letter was delivered to Lord Monteagle. The letter said the following, “My Lord, out of the love I bear to some of your friends, I have a care of your preservation. Therefore I would advise you, as you tender your life, to devise some excuse to shift your attendance at this parliament; for God and man hath concurred to punish the wickedness of this time.” Essentially, it warned the Lord to stay away from Parliament due to a dangerous plot afoot.

Monteagle alerted the King and after a thorough search of the cellars, the kegs of gunpowder were found. A trap was sprung to catch the terrorists and Guy Fawkes was arrested for attempted Regicide by the King’s men and forever 5th November was known as Bonfire Night.

The demise of Guy Fawkes

Fawkes was whisked off to The Tower of London for questioning. It is believed to extract the name of his co-conspirators the dreaded torture implement, “The Rack” was used upon him. The Rack was designed to stretch limbs away from the torso causing dislocation and even separation. Ouch!

It is said following his torture and confession Fawkes remarked he had enough explosives to, “blow you Scotch beggars back to your native mountains”. He did have a lot of gunpowder. King James I seems to have been fairly relaxed about the plot to kill him and even commended Fawkes for his resolution.

Fawkes was to be hanged drawn and quartered. This involved being hanged almost to the point of death, emasculated, disembowelled, beheaded and chopped into four pieces. As Fawkes stood on the hangman’s scaffolding he leapt off causing the rope to go taut and his neck to break. Not a nice way to go but sounds positively a picnic compared to the whole emasculated part!

Fawkes dead body was still cut into four pieces and displayed across the land as a message to other would be traitors to the throne and the fate that would befall them.