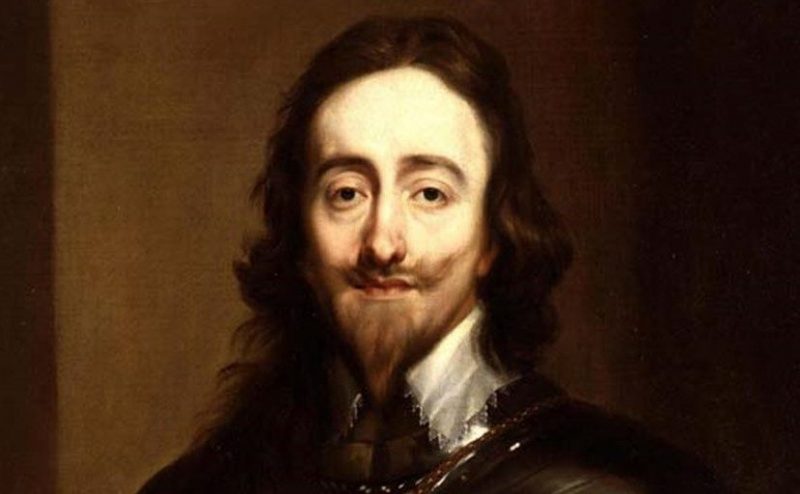 This is the second installment of my series on Regicide from the British Isles. To read the first article, please click here. Today we are going to look at the execution of King Charles I and the political hotpot that led to the executioner’s block.

The monarchy in Great Britain is taken somewhat for granted. It feels like there has always been a monarch ruling England and to be fair, there pretty much has. It is difficult to confidently declare who the first King of England was as it’s a tough one to define. Do you take a King who is not in control of Northumbria? What about Cornwall? It is a tough one to define. That being said, the beginnings of a monarchy in a recognisable form can surely be seen from the Saxon Kings. That’s around 1500 years of a ruling family sat on the throne of Britain, no wonder they are described as an institution.

But did you know, for eleven years following the execution of Charles and a civil war there was no monarch at the head of our country? Essentially the United Kingdom was a republic led by Lord Protector Oliver Cromwell.

Did religion cause the Civil War?

Religion is often cited as the major reason behind the English Civil War. Charles I had married Henrietta Maria of France who was a devout Roman Catholic. Viewed through a modern lens, this xenophobia seems abhorrent. Why shouldn’t he marry whoever the hell he liked? But although freedom of religion is something we take for granted in the UK today, this was a luxury not afforded to citizens of the country 400 years ago. Catholics were considered very much the “boogey men” of the time.

Although not excusable, you can see the climate that led to Catholicism being demonised within England. Within living memory there had been Queen “Bloody” Mary who had burned a staggering 300 Protestants at the stake. The gunpowder plot, had it been successful, would have been the largest terrorist attack England had ever seen, yes, even today. Add in the Thirty Years war in Europe and a whole lot of propaganda and you can see why tension was rife.

What else could have caused the Civil War?

Other reasons are often cited to be the main cause.

Historian David Starkey summarises the difficulty of Charles I’s position succinctly. “The result was that Charles soon found himself in the worst of all possible worlds: without tax, with a Catholic wife, and fighting a hopeless war against both major Catholic powers, France and Spain”.

“King Charles I” didn’t get it

Unrecognised by Charles, tectonic plates had shifted in the culture of the English people. The monarchy wielding absolute power was a thing of the past and he should have realised that. The Magna Carta, a constitution outlining how the ruling elite could behave, had been signed almost four hundred years prior to his ascent to the throne. Parliament had been growing in both size and power for the last five hundred years. The writing was on the wall that the role of the monarchy needed to change and King Charles I refused to see it.

In a climate with an ever-growing interest in democracy and increasing the voting Franchise, the following quote from Charles I demonstrates the disjointed nature between monarch and people. “Democracy is the power of equal votes for unequal minds”… I mean why wouldn’t the people love him?

Following the release of a prayer book that critics dubbed “too Catholic” (remember the context of the period), there was discontent in Scotland. Charles I wanted to send armed forces to the North to punish these dissenters, this demonstrated a lack of political astuteness and was interpreted as heavy-handed against his own subjects.

Charles I and Parliament

To raise an army, first the King needed to raise finances. Charles’ father  James I of England seemed to have been fairly financially illiterate and left the treasury in a deficit. To raise coin, King Charles I would need to call a parliament which was something he had not done for eleven years. Parliament would potentially have granted Charles his boon. Who knows? These were strange times and the power struggle between monarch and parliament was not understood by either party. Prior to parliament granting funds they wanted their concerns heard. Charles I was not interested in this and dismissed the Parliament after just three weeks. This was a sure way to annoy them.

Charles I plunged the country into civil war between the Royalists and the Roundheads but ultimately lost. Upon being imprisoned a second time, it was too late for him. He continually denounced the legitimacy of the court refusing to give any real form of repentance. Having spent his reign metaphorically losing his head, on the 30th January 1649, he did it literally.

I realise during this blog that I have not mentioned the story of Oliver Cromwell. A gentleman-farmer who with no prior experience, demonstrated himself as one of England’s greatest military minds. There is also the ongoing mystery of his missing head. This has been an intentional omission. Oliver Cromwell is an article in himself and one that I will write in the near future.

Outside The Banqueting House in Whitehall, Charles I was beheaded. Richard Brandon is believed to have been the executioner. He was the hangman for London during this period. In Charles I’s final speech he from displayed concern that his long hair would trouble the executioner’s axe. We also though, see a faint flicker of understanding for the changing role of the monarchy for the period. “I go from a corruptible, to an incorruptible Crown, where no disturbance can be, no disturbance in the world.”

This late display of contrition and humility may have, just may have, left the door open for his exiled son Charles II to return to the throne and restore the monarchy.