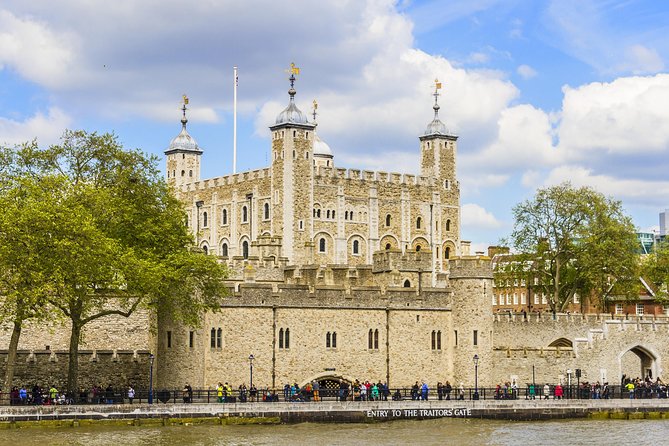 The Tower of London

The Tower of London is an impressive sight located on the North bank of the River Thames. William the Conqueror built the White Tower which gave the site it’s name. It has been used as a fortress and a prison for the Monarchy, it has held infamous inmates such as the notorious Kray twins and the Princes in the tower.

It has served as a vault for the crown jewels, a fortified armory and even a zoo! Tourists can visit The Tower of London today and leaf back through the pages of History. Click here to book tickets and learn more about what is going on when you come to visit.

The Tower of London as a Menagerie

The Tower of London first became a z̶o̶o̶, i’m sorry, menagerie, under Henry III’s reign. Henry III was a child King, ascending to the throne at just nine years old. During his early reign, Henry III was said to be extremely critical of Birthday gifts that he deemed were not suitable. What constitutes a suitable Birthday gift for a nine-year-old ruling monarch is certainly a head-scratcher…

This reputation followed Henry and givers were keen to ensure they made the right choice of present. For Henry’s nineteenth Birthday Pope Frederick II fell into a spiral. He thought about the latest Fortnite figurine, no, too trivial for a ruling monarch and for goodness sake the boy was nineteen. He considered an ornate sword, but come on, he had a whole armory of these already! No, neither of these would do at all. The matter required further thought.

A pet! Of course! What young ruler wouldn’t like a pet? A kitten perhaps? A puppy? No… these were too boring.

Flora got annoyed when my work colleagues bought me goldfish. Pets are a lot of responsibility. The official letter states that Frederick II bought two leopards for the young King, although, descriptions of the felines suggest these were almost definitely lions. The Roman Emperor waited with bated breath for feedback on his gift…Henry III was delighted.

He declared he wished to continue building on his collection of animals. As the birthdays rolled by, so too did the gifts. He was presented with a Polar Bear by the King of Norway in 1252.

As the King of Norway chuckled behind his shoehorn of mead in his draughty hall he gleefully slurred, “I will see your two lions and raise you a Polar Bear Frederick. Your move.”

The Polar Bear was kept collared and muzzled but was allowed to swim and hunt for fish in the Thames. Courtier records suggest that locals were surprised and amazed to see a Polar Bear swimming in the Thames, which I imagine is something of an understatement.

Peasants were allowed to visit and gaze upon this exotic creature but not without tribute. Providing a commoner brought a dog with them to feed to the bear, they would be permitted to enjoy the spectacle of a Polar Bear in London. There have been times when my collie Loki has ripped up my shoes or barked in the night when I have considered taking him to the Tower of London, Flora has forbidden this though.

The Tower of London has an Elephant

Just as I was not ready for a goldfish, Henry III and his team of makeshift zoologists were not ready for an elephant. An elephant they got though in 1255. The first question any feudalist courtier pseudo-zoologist must ask when presented with an elephant, is what on earth do they eat? Boar, venison and pork were all presented and turned away by the snootily nosed big-eared grey-skinned vegetarian.

Although some greenery could be found, to feed an elephant requires a micro-economy that simply did not exist. There could be no trips to Tescos for mixed-vegetables. How it was decided, I do not know, but red wine was considered to be the best substance for the poor animal.

The elephant only lasted a year. Which raises questions on both our treatment of animals throughout history and how much red wine does it take to kill an elephant?

It is sad that we ever found out.