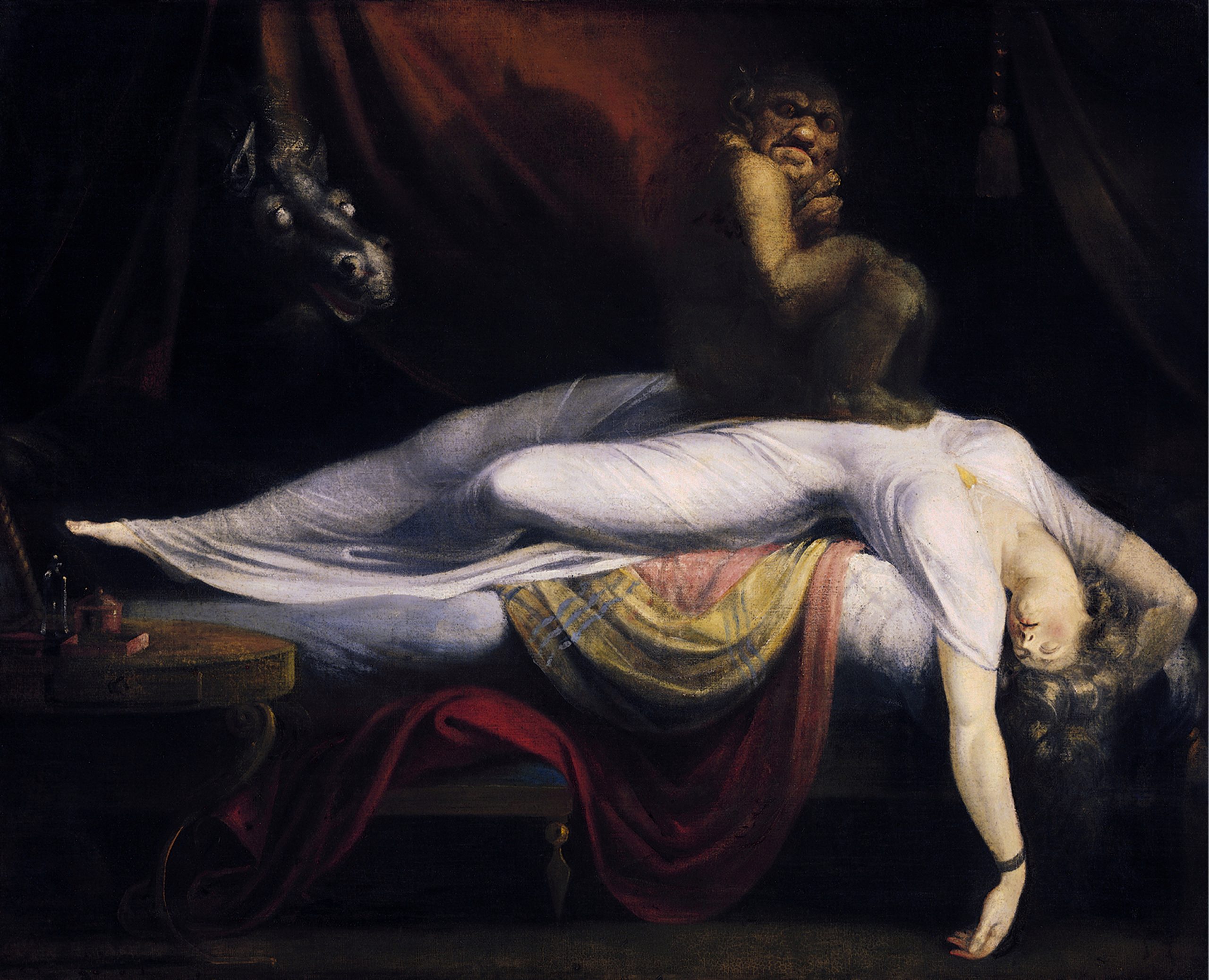 The forest is no longer swarming;

Not a breath stirs the countryside.

The last of the lamplight flickers and is consumed.

In the bedroom, furnished with glass and silk;

The inhabitants surrender to sleep

And everything is consumed by darkness.

What is that dull sound?

The colossal cypresses shake their foliage in the valley;

And, like dense snow, the petals of the orange blossom fall.

It is the breath of the Andes,

Stoking the fire of the volcanoes?

Is it the earth that jolts in its granite foundation?

It is not the earth;

It is not air;

It is the sound of the duendes as they emerge.

A “duende” is a supernatural creature with a human form and childlike dimensions. It is the Spanish equivalent of the goblin, whose name is thought to derive from the expression “duen de casa”: an inhabitant of the house. In eighteenth century Madrid, on the street which is now Calle del Seminario de Nobles, legend tells of an enchanted house, haunted by these supernatural beings.

The house was built by order of the king as a concession to his servants. Initially it remained uninhabited, passing from hand to hand until it was rented by a group of men.

By day, the house was quiet, but as night fell it became a sort of tavern in which the men met illegally to gamble.

One night a heated debate began amongst some of those present. The men had become violent and started to brawl, when suddenly a door swung open. A very small man appeared and ordered them to be quiet, however this further aggravated the already irate gamblers, who threw themselves on the newcomer. At that moment, another twenty tiny men armed with sticks appeared, turned off the lights and began to beat everyone in the room. The men, terrified, ran away and never set foot in the place again.

Years passed and, paying no heed to the warnings, the house was bought by the Marquess Rosario de Benegas.

Only a few hours after her arrival, the Marquess was busy unpacking and positioning the furniture when she realized that some things were missing. She initially blamed the servants, but as she was berating them, five goblins appearing carrying the lost objects. The Marquess and servants fled in terror, swearing never to return.

But the Marquess was not the last person to attempt to inhabit that house. Some time later a canon from Jaén named Don Melchor de Avellaneda took an interest in the building.

The good man was looking for a quiet place to devote himself to his writing … but it soon became clear that this was not the ideal house. One day he was busy writing a letter to the bishop asking for some books he urgently needed. He heard steps approaching, turned and saw a small man holding the exact volumes he had requested. Don Melchor thought he must have been dreaming, but what happened the next day made him change his mind.

The next morning he asked his servant to prepare his clothes for the daily service. The servant did as he was asked, however as he approached the priest a goblin blocked his path, pointing out that he had chosen accessories of the wrong colour.

The poor man ran to his master to inform him that he was leaving that haunted house, and the parish priest simply replied “Me too”.

Don Melchor’s laundress was at that moment without a fixed abode, so the kindly man suggested that she might spend a few nights there. Unfortunately the poor woman’s stay lasted only one day. When the darkness of night descended, a thunderstorm broke and heavy rain began to beat against the windows. The woman suddednly remembered she had left the sheets hanging outside, and thought with despair that they would surely have been carried away by the strong winds. Just then, various goblins entered her room carrying her sheets in a bucket. The woman waited until the storm subsided and, taking her laundry, fled as fast as her legs would carry her.

From then on, the house became known as La Casa del Duende – the Goblin’s House – and soon stories of the strange events that took place there reached the ears of the Spanish Inquisition. On the night of November 2, the Day of the Dead, a commission from the Inquisition presented itself in front of the haunted house with cross, green candles, holy water and salt.

A public exorcism was carried out: the walls were doused with holy water, kilos of salt were scattered and, after lengthly prayers, the ceremony ended with the cry of “Consumatum est!” Unfortunately the country folk, with no knowledge of Latin, took this to mean “Attack!“.

At this cry, all of those gathered around the haunted house descended upon it’s walls with hoes and torches, destroying everything. However no trace could be found of the goblins.

Another version of this legend tells of an underground laboratory, hidden in the basement of the house. Money was falsified here and it remained undiscovered for many years. Apparently the goblins were nothing more than dwarves hired to scare the locals, in an attempt to keep the illegal operation hidden from prying eyes … Whether this was the work of humans or goblins, the plan worked perfectly.