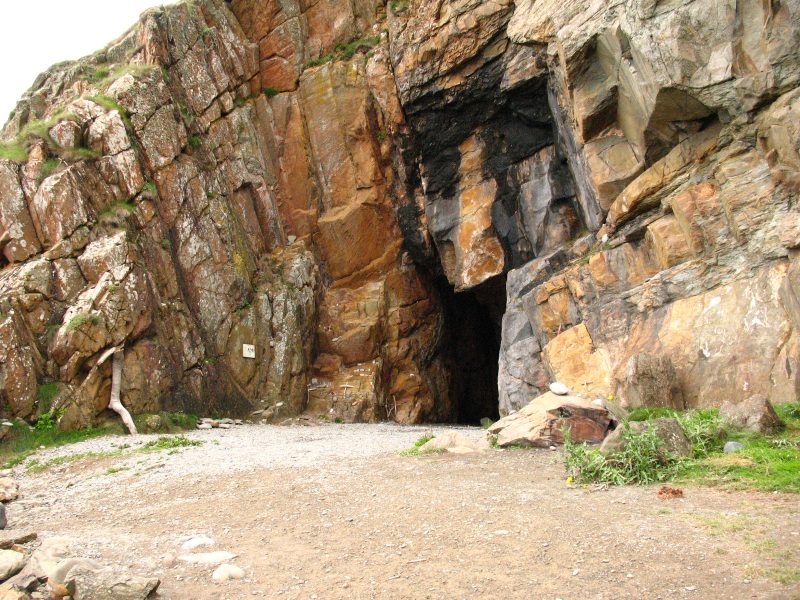 Sawney Bean and his gory legacy sit with that of Countess Báthory when it comes to infamy and influence. It is a testament to the fear that the world outside of civilization held even during the Renaissance, when cities were rapidly beginning to build enough infrastructure between them to shelter traders and other members of society from the dangers of the archetypal woods and its predators and criminal element, and the sway it held on public consciousness led to the inspiration of several stories in the modern day. This is all quite possibly due to the sheer heights of its tale, and all the more impressive when it is considered that there is even less evidence to support its veracity than the account of Báthory’s murders.

The story of Sawney Bean preys upon the macabre fear that may, in itself, be a dark reflection of the prevalent uses of corpses in Europe’s history, and is predicated on the same transgression that horrified the generation of Europeans that retold the salacious rumors of the countess: an impatience for people to die before devouring their corpses.

Sawney Bean and his family lived on the coasts of Scotland in a cave, with several generations of children to their name and a large flock. As Atlas Obscura states, “Alexander “Sawney” Bean, the story goes, led a 48-member clan—a product of incest and continued breeding within the family—in 15th or 16th-century Scotland that was responsible for murdering and eating more than 1,000 people. After running away from his ditch-digger father, Bean camped out in a cave with a female companion and the two went undiscovered for more than 25 years.” They survived as isolationists, and as part of this got their protein from travelers who came through the roads near their cavern. This continued on unabated until finally, after failing to completely kill a group of travelers, news of their exploits reached King James who sent many of his soldiers to hunt them down and arrest them. As the BBC adds, “[t]hey came unstuck when they set upon a man at a fair who fought back with a pistol. The clan were reported to the magistrates of Glasgow who, in turn, informed King James. He was said to have assembled 400 men and a huge number of bloodhounds to track them down.” They found a cave laden with bones and came up with the estimated death toll after arresting the entire family and counting the number of skeletons left behind from their hunger. Atlas Obscura furthermore concludes that, “After being captured, the clan members were taken to Tolbooth Jail in Edinburgh and then transferred before being executed without trial.”

This amount of killing is staggering to consider, and also helps to further suggest the most-likely fictional nature of the Bean clan.

It is liable that at least some people would manage to escape and alert higher authorities about a group of cannibals living in the wilderness at least a few years into their killings. Even with the poor record-keeping and methods of apprehending criminals of the time, it seems like a stretch that the loss of enough people to depopulate many small villages would go unnoticed. After all, Countess Báthory’s supposed killings numbered only half at most of Sawney Bean’s murders, and she had the benefit of royal power and the secrecy of high walls and dungeons on her side before. We know that the countess actually existed from historical records, as well. There are discrepancies in how the record of the Bean clan originated that make it hard to nail down when, and therefore if, he even was active. The BBC’s special expert, Dr. Louise Yeoman from Scotland, says that, “The earliest dated versions of the tracts surviving in National Library of Scotland are from 1775 [ . . . ]” This plays into an interesting theory by Yeoman that suggests that this whole grisly image was created by the English in order to further support prejudices against the Scots. “Scottish historian Dr [ . . . ] Yeoman says: “It sounds like the plot for a box-office topping horror film and that’s because it was invented to serve a very similar purpose – to sell books. [ . . . ] It also has a more sinister subtext – the books it sold were published not in Scotland but in England, at a time when there was widespread prejudice against Scots.” Dr Yeoman says despite most often being set at the turn of the 17th Century, the story of Sawney Bean cannot be found until more than 100 years later. At the time of the Jacobite risings in the 18th Century, the English press regularly portrayed Scots in a negative way, either as subjects of ridicule or as having a sinister nature. Dr Yeoman adds: “The name Sawney itself was a popular English name for the barbarous cartoon Scot. [ . . . ] It’s like calling a cartoon Irishman Paddy. [ . . . ] The Sawney story was a dig at Scots – a people so barbarous they could produce a monster like Sawney, who lived in a cave and ate people.” As can be seen by the discrepancies between Atlas Obscura’s placement and the BBC’s own statement, there no consensus on a firm date that the Bean clan did their work in.“Some sources place Sawney in the reign of James I of Scotland in the early 1400s but most seem to have him in the time of James VI of Scotland (who was James I of England) around the turn of the 17th Century.”

This lack of concrete evidence for his existence and suggestions to the exact opposite did not stop Sawney Bean’s story from standing the test of time and becoming a major influence on several stories in the present day.

Wes Craven’s The Hills Have Eyes has a near-verbatim premise to the Sawney Bean legend aside from bringing in fears about nuclear testing and genetic testing, involving a family of cannibals living in a Southwestern desert that descend upon a vacationing family in a camper van. According to Bloody Disgusting, “[w]hile the obvious connective tissue is there (feral cannibal family), it was the treatment of the Bean Clan after their capture that proved interest to Craven. After finally being hunted down and arrested, the entire family was slowly tortured by burning, quartering, hanging, and more. The filmmaker was struck by the parallel between the cave-dwelling cannibals and the animalistic revenge meted out by more “civilized” people.” While Tobe Hooper’s The Texas Chainsaw Massacre is mostly inspired by Ed Gein, it is hard not to see the resemblance between it and this story. Once again, the movie involves a family of cannibals who prey on travelers. This trope has continued to appear in many stories over the years, and with notable examples appearing as recently in 2016 with shows like American Horror Story and in 2017 in a prequel to Texas Chainsaw, the legacy of Sawney Bean continues to this day with or without proof of his terrible attempt to support his family with the flesh and blood of the innocent.