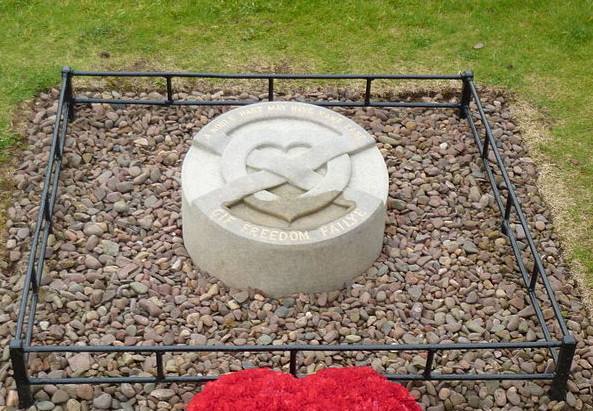 As one can expect, the Middle Ages were a tumultuous time for Europe. Death was everywhere, whether it came from war, crop failure, or the plague.

As stated in previous articles, this lead to Europeans having a relationship with death that transformed the bodies of the dead into useful commodities such as relics, medicine, and in some cases even political tools. What if individuals wanted to bury their dead in a respectful way, though? There were several hazards even in the act of burial for those individuals who took it upon themselves to properly lay their loved ones to rest. Some of these dangers were not understood at the time, and the act of burying an individual was mixed with superstition and the anxieties of the time to create new terrors that preyed upon the minds of the grieving. Accordingly, burial rites in the Middle Ages became a mixture of sentimentality, superstition, and ritualized protective measures, sometimes intended to keep the dead from quite literally taking the living down with them.

One of the more well-known examples of these rites has made its way into popular culture. Eastern Europeans feared that some of their dead, especially those who had been vile in their living state, would rise from the dead as vampires and prey upon the living unless their bodies were properly dealt with. Accordingly, bodies would be staked through the heart before burial, in order to keep the corpses at rest and prevent their return. The Smithsonian says in one of its articles that, “[v]ampire hysteria commonly took hold of Slavic villages, with corpse-stakings occurring frequently. Around the region, archeologists have unearthed over 100 graves in which remains have been pinned down with such vampire-deterring methods.” In another, it is stated that, “in the 15th and 16th century in the Balkans [ . . . ] vampire beliefs had become a convenient explanation for misfortune. In Slavic cultures, almost all of the cases where vampirism was assumed to be at play became known in retrospect. People still alive were not usually identified as vampires. Usually it came across instead as a way to explain some of the bad things that happened to communities or people. When an area was afflicted by plague, failed crops, flooding or some other misfortune, villagers might look to put blame on the recently deceased. “We have evidence of people going to the cemetery during plague time and driving stakes through them and dismembering the bodies, burning them, because they really believed that this person is responsible for the disease[ . . . ]””. Burning and staking bodies have ended up as ways to kill vampires in popular fiction, a translation of the fears of earlier Europeans as practical knowledge in a supernatural setting.

Plague victims were especially likely to cause problems for the living in regards to their burial, due to the mass number of bodies that left behind.

At some points in Europe’s history, the ability to actually bury the dead properly was unobtainable if society had broken down. Piles of the dead served as infection vectors thanks to the numerous amount of vermin that could gather there feasting on the carrion. VICE states that, “[the p]lague isn’t directly transmitted from contact with dead bodies, but the presence of fleas or lice that often accompanies those bodies can transmit sicknesses to the living—so keeping dead bodies close to the living helped the disease to spread rapidly. [ . . . It is estimated] that between a third and a half of London’s residents died during th[e] 18-month epidemic [that started in 1348].”

An expedient solution was necessary, and accordingly the mass grave saw use when European villages and cities were overwhelmed with the amount of dead they needed to take care of. Piles of bodies were placed into mass pits and then buried together. The Smithsonian cites Hugh Willmont of the University of Sheffield, who states while examining one of these burial pits that, “You only get graves like this when the normal system of burial has broken down [ . . . , w]hether the priest [was] dead or the gravediggers had died, we don’t know. This clearly was a community that was hit very hard and had to rely on [a nearby] monastery for help.” To the people who lived in that time, this counted as enough of a burial that these souls would be laid to rest, and their own lives were safe from the horribly misunderstood causes of the bubonic plague and other infections. Care was still taken in preparing these bodies for burial in this example, as “[e]ven though these bodies were buried all together, they were still found laid out in even rows, suggesting that the mourners still took care with the bodies of the deceased. [ . . . ] In addition to the human remains, Willmott and his colleagues uncovered little trinkets and remnants of the things these people may have carried while alive. One intriguing find was a small amulet in the shape of a T, which people at the time may have believed could cure certain diseases [ . . . ]”.

Another interesting method of burying individuals involved a focus on the most important part of the body.

In the Middle Ages, if a body could not be transported from a far-off battlefield, or a person was highly interested in the romantic and emotional symbolism, the heart would be removed from the body and buried in lieu of a corpse. Atlas Obscura states that, “[t]his trend of heart burial coincided with Middle Ages military campaigns like the Crusades, where people were journeying far from home, and often dying there. Rather than send the whole body back, sometimes just the deceased’s heart was transported, preserved in lead or ivory boxes, often with spices to keep it from smelling too much.” As an example, they cite that, “[t]he brave heart of Richard [I] — a king who may or may not have eaten a lion heart in front of his court, per the 13th century outlandish legend — was buried in Rouen, France[,]” and that “Sir Roger of Leybourne who died in 1271 during the Crusades, has his heart in a tiny casket alongside one for his wife in a niche in Leybourne Church in Kent. Reportedly, Victorians opened the caskets during a restoration, and found his heart enclosed in lead. However, the second for his wife was found to be empty, likely because she remarried after his death.” They also state that “[t]o list the tiny heart burials of the Middle Ages elite would be a monumental task in itself[ . . . ]”. What was important to be laid to rest was laid to rest, and for some everything else was a bonus if it could be obtained and transported.

While all of these potential burial methods and preparations might now seem strange or even ghastly, consider how some of our practices might seem outside of the context that we are now in that gives them meaning. The idea of turning ashes into wearable jewelry or donating someone’s corpse to science could in itself be considered bizarre to someone who does not have the insights into the acts that we do. For different cultures at different times, the environment around them is everything, and dictates their world. Our horror story was their gesture of love or protection, an act that transcended the power of death over their otherwise powerless lives.