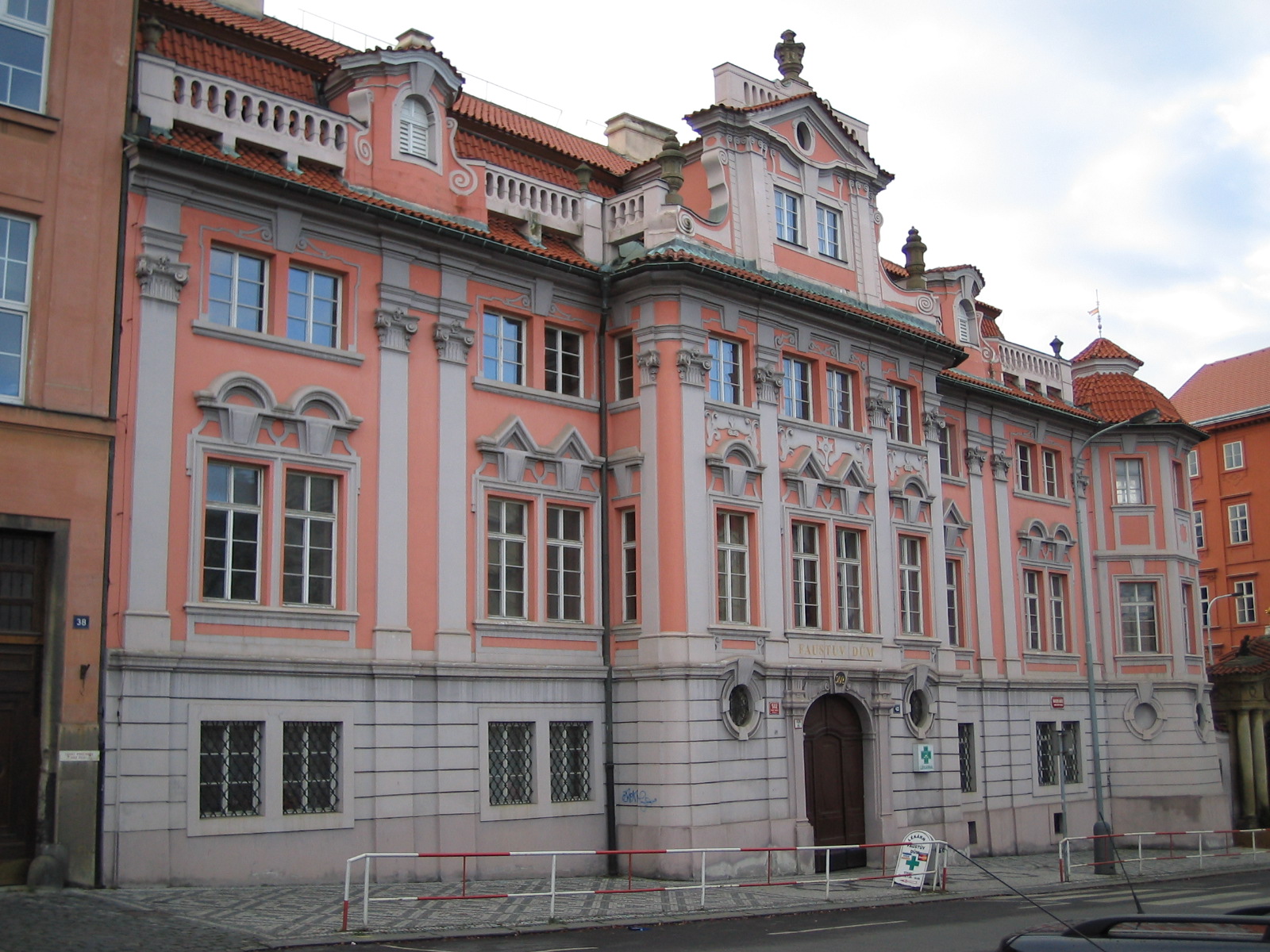 Standing on Karlovo namesti (Charles Square) is a beautiful building with a long history that is as mystical as its name: Faustuv dum (the House of Faust).

The Dr. Faust of legend is well-known for his practice of of black magic and for making a pact with the devil and this particular building was so-named for its long mystical history and the motley successive collection of eccentric inhabitants.

In the 14th century the baroque mansion was owned by keen naturalist and avid alchemyst Prince Vaclav of Opava and he is probably the first in the association of the House with the Faust legend.

During the reign of Rudolf II, the astrologer Jakub Krucinek lived there with two sons the younger of which killed the older one for treasure alleged to have been hidden in the house.

Later nocturnal dwellers of the Faust house include Edward Kelley (yes the notorious charlatan and assistant to Dr. John Dee?), Ferdinand Antonin Mladota of Solopysky whose chemical experiments (which sometimes led to huge explosions blowing holes in the roof) scared people in the neighbourhood. Mladota’s son was good not only at physics and chemistry but also at mechanics. He astounded his visitors by a door opening itself, a flying staircase or electric shocks while touching the handle.

Later in its colourful history a student living in the House tried, unsuccessfully, to patch the expansive holes in the ceiling. There is a tale that recounts how the poor student found a book of secrets and magic, read some of the spells and was wafted magically through the holes by the devil much in the manner of the unfortunate Dr. Faust.

Probably the most eccentric inhabitant of the Faust house was Karl Jaenig who, in the 19th century,  painted the walls with funerary texts, maintained a functional gallows on the premises and slept in a wooden coffin. In his will he stated he wished to be put into his coffin lying face down. Eeh there’s nowt so queer as folk! ‘appen.

Many of the names of the innumerable residents of this mysterious abode are long yet their unusual tastes and bizarre behaviour served to create and maintain a legend.

Unfortunately the Faust House is closed to the public but it can be admired from the outside which is probably all to the better lest you find yourself spirited through the holes in the roof by Old Nick ‘imself.