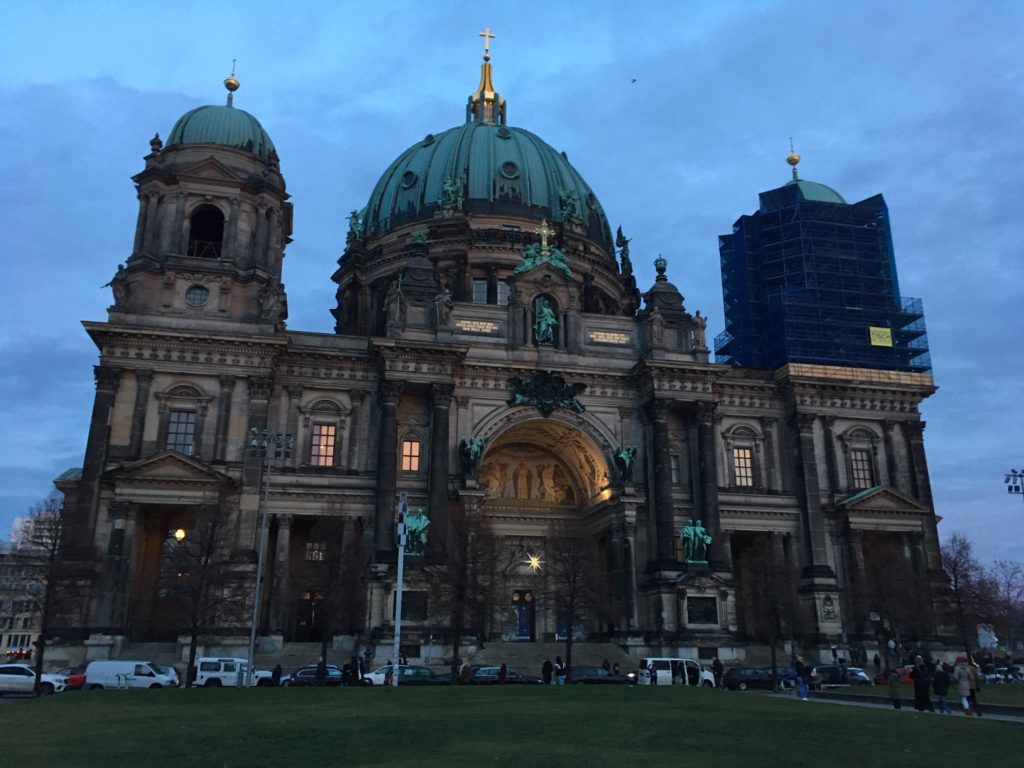 Berlin, a city steeped in History

Berlin is an amazing city for History enthusiasts. Around every corner the architecture changes and reflects another period of this amazing city. Although this is the case in other cities I have visited, I have never seen it to quite such an extent. One moment you are walking through Soviet architecture of a block of flats before emerging into a square with a cathedral commissioned by Kaiser Wilhelm II. One can also not help but be struck by how recent the events described are. For my article describing the infamous wall that split the city in two please click here.

Over this blog, I will outline some of the top places to visit in the wonderful city of Berlin. I will not go into details about The Wall during this blog as I have done so already but I would take it as a given, for any student of History that a visit to the Wall is a must.

During the cold war, both the East and the West had a number of covert operatives conducting acts of espionage. A visit to the Spy Museum takes you on a journey through the history of spying. From how the Spartan leader Leonidas I would conceal messages to modern-day cybersecurity. Learn about the agents, double agents, and gadgets that would make James Bond sit up and take note as you work your way through this museum.

There is also a section where you are asked to actively take the role of a Secret Agent in a simulator environment. The visitor must work their way through a series of laser traps to disarm a nuclear warhead. Ironically, it was not the first time I have been asked to do this.

This has served as the governmental building of Berlin at different periods of history since its construction in 1894. It is particularly famous for catching fire on the 27th February 1933. Hitler blamed a Jewish conspiracy for the fire and used this event as an excuse to seize additional power. He successfully pushed Article 48 through the German Parliament which suspended a number of different civil liberties, including habeas corpus. Although the cause of the fire remains unknown, a number of Historians have speculated it could even have been Hitler’s SA troops who committed the arson attack.

This is well worth a visit.

The zoo was built and has been in operation since 1st August 1844 and today operates as a research centre. The zoo clearly goes to great lengths to ensure the animals are well looked after and that they live in a habitat representative of how they would live in the wild. Today the zoo has a number of “big hitters” residing at the zoo that draw crowds in from around the world.

There are the Polar Bears. They received a degree of infamy in 2009 when a depressed former teacher who was unable to find work in the classroom, decided to jump into the Polar Bear enclosure in a bid to end her life. She was heavily mauled by one of the creatures before it was pushed off her by a courageous member of staff who decided not to fire on the animal despite the severity of the situation.

There are also hippos, orangutans and even Pandas. In September 2019 Berlin Zoo celebrated the first German Born Panda cubs. A notoriously difficult to execute breeding programme.

Constructed in 1905, this is a stunning example of German architecture. It is covered with detailed sculptures, vast chambers and communicates both religion and power. Visitors to the Cathedral today can attend a service, visit the crypt below ground and even walk around the dome atop the church. This provides stunning views across the city of Berlin and some great photo opportunities.

This church is extremely impressive even though a significant section of it is missing. The church was heavily bombed in 1943. Visitors can still see the damage today that was caused to the belfry. The memorial hall offers features a stunning mosaic of Archangel Michael fighting the dragon. Throughout the church are sculptures that cause visitors to reflect on War and Pace in both Historical and modern times.