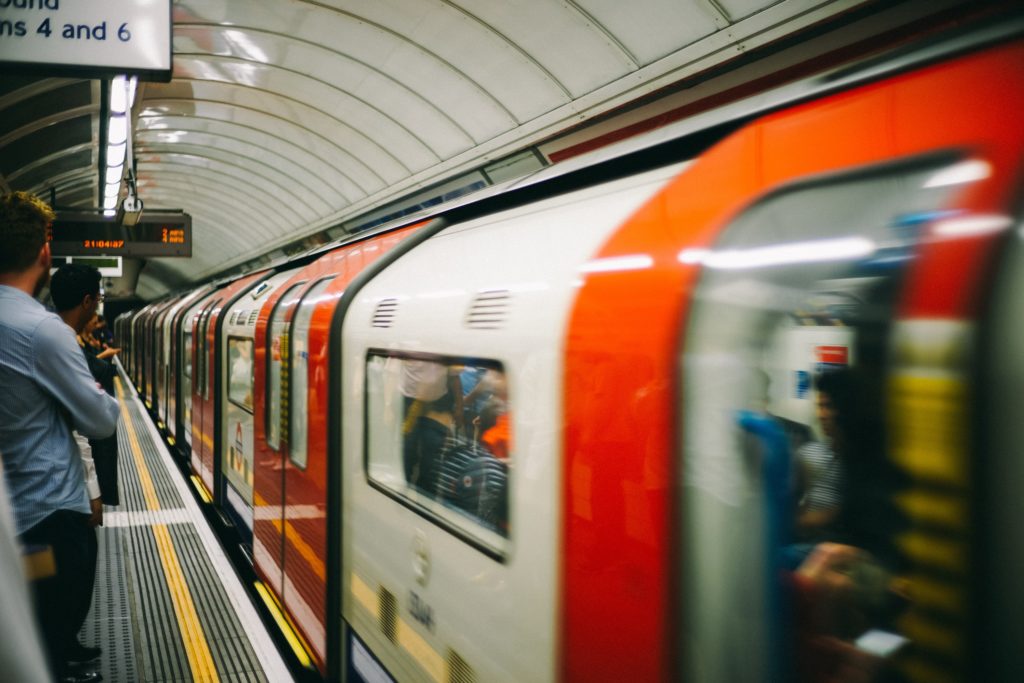 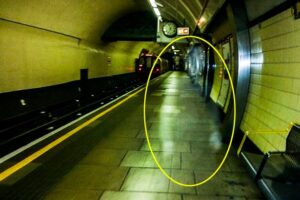 Every day the trains running under England’s capital city transport approximately five million passengers across the nation’s metropolis. The London Underground consists of 402 kilometres and 270 stations. It was built under King Edward VII’s reign in 1863 and has consistently evolved, developed and expanded every decade hereafter. To some it is a necessary evil, a tough commute after a long day in sweaty conditions. To others it is a novelty with its iconic “Mind the Gap” logo and colourful tube map. Others cannot but help find it a disappointment, “It’s just not as clean as the metro!”

As tourists traverse from Victoria Station, “all change for Buckingham Palace”, and Tower Hill to visit the last known residence of the Princes in the Tower, is that their journey between these must-see locations is also part of a dark history. For over one and a half centuries hundreds of millions of people have sacrificed years of their time, some have even sacrificed their lives. Wherever you get great sacrifice on a mass scale, ghosts will walk and the London Underground is no different.

Not to be confused with the city of Liverpool, Liverpool Street Station is one of the busiest stations in the city of London. Not recorded in the footfall count are the number of spooky spectres walking the platform but staff have witnessed just this.

The station was built on the site of a mass grave called Bedlam Burial Ground. The locale was used as a final resting place for plague victims for 169 years from 1569 to 1738. Archaeologists unearthed more than 3500 skeletons from 2013 – 2016. Each day the 174,000 visitors to the station unknowingly go about their business above this old sacred site in the city’s fourth busiest tube stop. 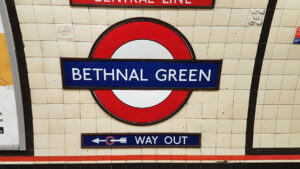 During the blitz in World War 2 a number of underground stations doubled as air raid shelters. When the alarms sounded, signalling bombs were to be dropped onto the city, local Londoners would hurry to their closest London Underground Station for protection. Varying between fifteen metres to almost sixty metres underground it was thought the stations would be a safe place to be when the bombs started falling. It wasn’t a bad assumption. The stations often allowed protection for the citizens of London.

Sadly this was not the case at Bethnal Green Station on March 3rd 1943. The alarm sounded and people began pouring into the station. Aircraft and their weapons had been developing throughout the war. Londoners knew they had less time to get into safety then they had at the start of the war. Between 8:17 – 8:27pm people poured into the station. There were nearly one thousand five hundred residents sheltering underground with more still hurrying in to safety.

At 8:27pm a nearby anti-aircraft unleashed hell up into the sky. It fired its deluge of sixty rockets. The anti-aircraft gun was new and the sound was unfamiliar to the locals looking for protection. They thought this was a new kind of weapon the Germans were using on the East end. People hurried down the stairs. A lady tripped and fell causing a mass collapse down the stairs. In the crush and chaos that followed, 173 people died. Their screams are still said to be heard today.

Kings Cross in recent years has become famous as being the departure terminal for JK Rowling’s Hogwarts. Indeed the station has even acknowledged this important landmark putting up a plaque for the famous platform nine and three quarters. There is also a somewhat darker History to the station and staff have witnessed a male ghost who gets onto a train but never alights.

It is thought he may have been a victim of the Kings Cross fire in 1987. The fire claimed thirty one lives and injured more than one hundred more. It was caused by a stray discarded match that lit fire to the wooden elevators used by passengers. One poor victim known as Michael, or, “Body 115” was not able to be identified until as late as 2004.

Transport for London did learn from the disaster. Smoking had already been banned on train, but the ban was now extended to platforms too. Wooden elevators were also phased out from all stations.