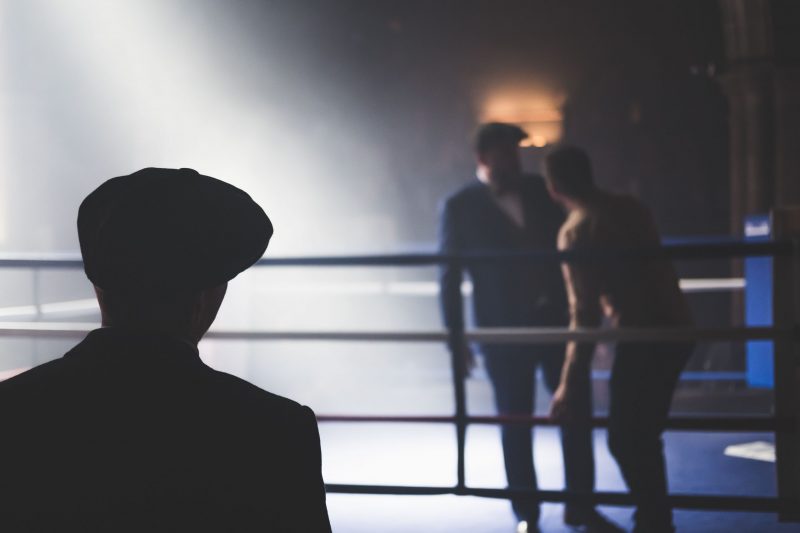 By order of the Peaky Blinders

Peaky Blinders was a hit television series by the BBC and was released on the 12th September 2013. Thomas Shelby, the ruthless and charismatic leader of the Birmingham-based street gang is depicted in the series. Across the episodes, Thomas Shelby and his family are seen engaging in bloody gang warfare with rival factions, tussling with agents of the law and even rubbing shoulders with high political society.

Steven Knight wrote the hit series and Thomas Shelby and his family are fictional characters. They are, however, based on a real criminal gang called The Peaky Blinders. The gang terrorized the streets of Birmingham during the 1890’s.

Their real story is just as terrifying, bloody and violent as their on-screen counterparts.

Birmingham in the late 19th Century

Towards the end of the 19th century, the overcrowding and slum-like conditions in Birmingham, led to an epidemic of crime sweeping across the city. Violent postcode wars were fought for areas such as Small Heath in the centre of the city.

In 1873, the Birmingham Post wrote about a full-scale gang war fought on the cobbled streets with heavy belt buckles, clubs, and knives. The Birmingham police force required a full riot response to restore order to the streets.

Who were the real Peaky Blinders?

The Peaky Blinders were a real street gang in Birmingham operating in the late 19th century. They participated in a wide range of different criminal activities. The criminals were known for street crime such as violent muggings, beatings and pickpocketing. The gang was also known for more organized larger scale operations, such as running gambling houses, brothels and extortion. A police report from 1904 had this to say about the Peaky Blinders, “foul-mouthed young men who stalk the streets in drunken groups, insulting and mugging passers-by”.

The Peaky Blinders had little rigidity to their command structure. Thomas Gilbert, however, is largely credited as being the leader of the gang. Other senior members of the gang included Harry Fowler, Ernest Bayles and Stephen McHickie. Looking at their arrest photographs highlights how young some of these gang members were when committing these crimes. 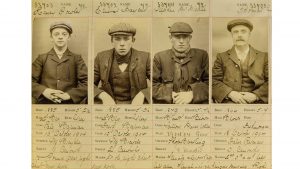 Why were they called the Peaky Blinders?

The modified flat caps worn by the men in the gang, is usually credited for the name, “Peaky Blinders”. It was said razor blades would be sewn into the peak of the caps. This allowed the violent hoodlums to slash at the forehead of their intended victim so blood would run into their eyes and cause temporary blindness.

This may be an urban myth though according to Historian Carl Chinn. In a recent interview, Chinn had this to say to Birmingham Live, “As for the razor blades? They were only beginning to come in from the 1890s and were a luxury item, much too expensive for the Peaky Blinders to have used.

Any hard man would tell you it would be very difficult to get direction and power with a razor blade sewn into the soft part of a cap”.

Historian Carl Chinn’s full interview with Birmingham Live is available at the link below.

Where did the name originate from then?

The gangsters would put their caps over victims faces so that they could not be identified at a later date.

“The Real Peaky Blinders”, is a book by Carl Chinn and provides a comprehensive study of the gang. The book is available on Amazon at https://tinyurl.com/y2vww699 and is well worth a read from anybody looking to learn more about The Peaky Blinders.

The Black Country Museum, is an award-winning living museum with live actors that recreates Victorian Birmingham. There are over twenty-six acres of cobbled streets, charismatic residents and trams to ride. The museum is so realistic, the BBC filmed a lot of the hit series Peaky Blinders on location at the museum. For more information on The Black Country Museum visit https://www.bclm.co.uk/