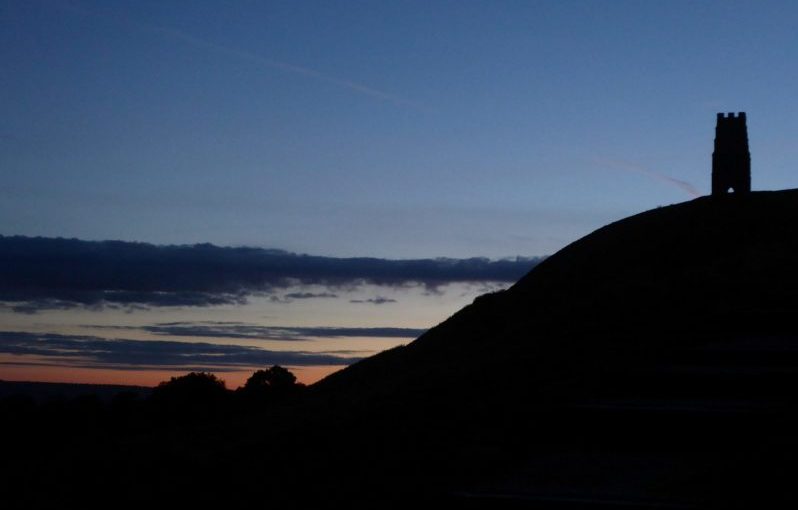 Every year, over 200,000 people descend on Glastonbury for one of the largest music festivals in the world.  The event attracts top talent from around the globe and headliners have included Stormzy, Dolly Parton and Pulp. The sheer size of Glastonbury Festival is a sight to behold and could be considered one of the modern wonders of the world.

There is a lot more to Glastonbury however than just the music festival. The town and surrounding areas are steeped in ancient history and magic. Glastonbury is said to be built on ancient druid ley lines, so magical occurrences can be found in abundance. Some mystics even believe the very landscape around The Tor is terraforming itself into the signs of the zodiac.

The Glastonbury Tor dominates the skyline of the town. It is a small hill topped by the roofless St Michael’s Tower and provides fantastic views of the surrounding countryside. The Tor was once known as “Ynys yr Afalon” which translates as “The Isle of Avalon”. 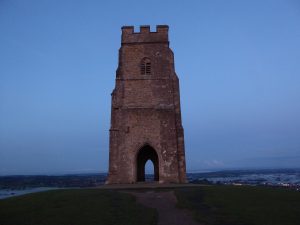 Gerald of Wales declared that he had discovered the coffins of King Arthur and Queen Guinevere coffins in 1191, however, the remains were lost during the Reformation period. A number of scholars are skeptical as to whether they actually even existed. Some critics of Gerald’s believe this may have been a ploy to attract visitors and revenue to the city.

The site certainly has a magical feel to it. Climbing to the top for sunrise or sunset, soaking up the mystical energy and the amazing views, is certainly well worth doing if you are in the area. 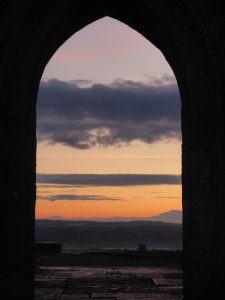 At the foot of Glastonbury Tor is Chalice Well. It is a natural underground spring where the water runs red and has a slightly iron taste to it. Joseph of Arimathea is said to have placed the chalice used at the Last Supper in these waters. This famous and powerful chalice is said to be the reason the water even today runs red. Scientists have disagreed with this theory, instead advising the water runs red due to Iron Oxide deposits underground.

Chalice Well is a modern pilgrimage site for those in search of Divine Feminism and people wishing to drink the water for it’s healing properties. 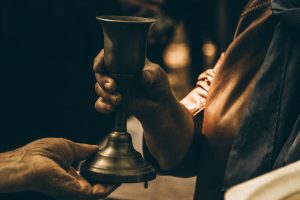 The Glastonbury Thorn is a common hawthorn found on Wearyall Hill in Glastonbury and is also referred to as “The Holy Thorn”. The tree is unusual in that it flowers twice per year, once in Winter and once in Spring.

Joseph of Arimathea is said to have visited Glastonbury with The Holy Grail. Legend would have it he dug his stick into the ground atop Wearyall Hill, from it flowered the tree which would blossom twice annually. The tree retains favor with the monarchy of Britain and a flowering sprig is sent to Her Royal Highness each year at Christmas.

The name GogMagog first appears in Geoffrey of Monmouth’s book, “Historia Regum Britanniae”. Monmouth asserts that GogMagog led a force of twenty giants into battle with a Trojan encampment, causing a great deal of destruction and slaughter. The Trojans fought back until only one giant remained, the mightiest giant, GogMagog. Corineus, leader of the Trojans, wrestled with GogMagog eventually casting him from a cliff. As a reward, Corineus was gifted a piece of land that even today is named after him, Cornwall.

Gog and Magog are two oak trees that stand on the approach to The Glastonbury Tor. They are thought to be part of an ancient druid approach to this mystical place. Visitors to Glastonbury will place candles or incense in the ancient oak trees as an offering to the gods of nature.

“Gog” was damaged by fire in 2017, thought to be caused by a candle or incense burner. Firefighters managed to save the tree and it remains standing to this day.