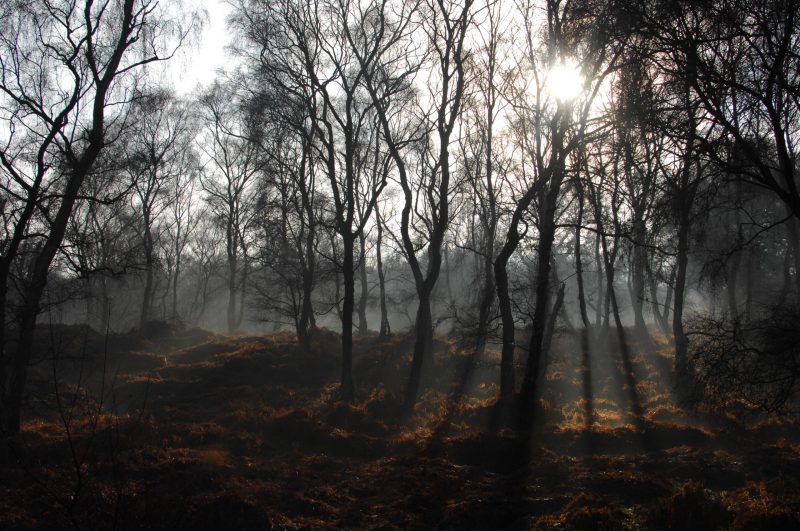 A thirty minute drive north of the industrial city of Birmingham, sits Cannock Chase, twenty-six square miles of bracken, ancient oaks and history. The site has been inhabited since the Iron Age and the remains of a hill fort settlement can still be seen there today. As you watch families eating ice creams in the sun, dogs chasing squirrels through the undergrowth and young lovers strolling hand in hand around the lake, you would be entirely forgiven for labelling Cannock Chase as nothing more, nothing less, than an ideal Bank Holiday destination, I know I once did… 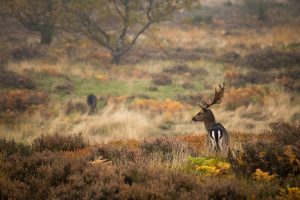 Please note, I do not consider what follows to be suitable material for any readership, tales as dark as these can be of no spiritual nourishment for any goodly human. I have been asked to pen the dark tales of Cannock Chase at multiple points throughout my career and I have refused every time, I only do so now due to contractual obligation and under duress, you have been warned.

The year is 1980 and a middle aged couple are enjoying a walk through the rugged, natural terrain of Birches Valley in Cannock Chase. It is early evening and the sun is beginning to set, the couple pause for a moment to enjoy the stillness and capture forever this moment in time. Suddenly the silence is broken by a whisper carried on the wind, “Help”, it is a child’s voice, a young girl surely no older than ten.

Surprised, the couple turn around to find the source of this request, an empty path stares back at them. A moment passes, the couple begin to walk on, surely it was the rustling of the leaves or the trilling of a Muntjack.

Darkness there, and nothing more…

“Help”, it is louder this time and more urgent and seems to be coming from the waist-high Heather plants. The couple begin wading into the undergrowth calling out, “Are you okay?”, “Where are you?”

“Help”, this time it is screamed. Their earlier assumption that the call was coming from the undergrowth now seemed wrong, the sound had carried from down in the valley by the stream. They began descending down to the heart of the valley as fast as their old joints would allow. When they got down to the stream, again, they were greeted by an empty landscape. Calling out seemed fruitless and after ten minutes they had heard no further requests for help, it was getting dark, they turned around to return to the path.

A girl, no older than ten years old, stood on the incline in a pretty red dress, she had jet-black hair and her hands covered her eyes, as if awaiting a present.

“Are you okay?” asked the gentleman.

“Are you lost?” the lady questioned.

Seconds that felt like hours passed and the girl did not respond.

“Can we help you?” queried the gentleman.

“Where are your parents?” the lady enquired.

Silence greeted them once more. The lady took a step forward to approach. The little girl removed her hands from her eyes and the lady gasped. Where her young, bright, hopeful eyes should be, was only chaos black. The girl had eyes, they could be seen rolling in their sockets, but they were completely black. The little girl let out a scream that caused the elderly couple to fall to their knees and hold their hands over their ears. In the blink of an eye, the little girl disappeared.

Who is the Black-Eyed Girl?

There have been a number of sightings of The Black Eyed Girl on Cannock Chase over the years, as to who she is, there are a plethora of theories to this.

Some say she is Margaret Reynolds, whose body was discovered aged six in a ditch in Mansty Gully, Cannock Chase. She was murdered by the Monster of Cannock Chase, Raymond Morris, convicted paedophile and child murderer from the 1960’s.

Others suggest she is the result of a military experiment with the Staffordshire reservoir, where psychedelic drugs were put into the water supply by the armed forces to observe effects on the general public, who can tell what their hypothesis was or reasons to conduct the experiment?

There is another school of thought, this is that she was part of an ancient Celtic mass suicide ritual to honour the Moon God’s eclipse, her garments and dress sense however would suggest this is unlikely.

The Truth is out there

For over fifty years, there have been sightings of flashing lights and strange sounds in the skies above Cannock Chase, but nothing compared to the frenzy of reports the British UFO Research Society received from the Cannock area in March 2015.

Locals reported a loud drone-like noise, earth tremors and a UFO with three red lights slowly drifting across the sky. The aircraft was moving too slowly to be a private or commercial plane and flight records also suggest this would be impossible.

For the full report and a witness testimony visit newspaper website The Birmingham Mail at the following link:

So what did the locals see?

The first explanation is the most interesting and fun, with Cannock Chase’s prehistoric occupancy and the variety of animals living there, what extra-terrestrial lifeform wouldn’t want to visit Cannock Chase to learn about Earth-based carbon life forms?

The more likely explanation is military base RAF Cosford were trialling new military prototype aeronautical technology. Representatives from RAF Cosford have neither confirmed nor denied these claims.

The Beast of Cannock Chase

Stealthy, isolated and majestic are three words used to describe the Jaguar Panther who dominates the rainforests of South America. A lucky tourist trekking through the Amazon would be surprised and fortunate to encounter one of these elusive creatures, you would be even more surprised, to encounter one of these Big Cats on the moorlands of Cannock Chase, but it has been known.

As Rafiki the wise baboon holds Simba up to the sun, it is impossible not to feel a maternal love for the young lion cub depicted in the Disney classic. Prior to the 1970’s, it was legal for UK residents to purchase Big Cat “kittens”, the trouble with purchasing Big Cat “kittens”, is that they grow into large and dangerous wild animals.

In 1976, the UK Parliament passed The Dangerous Wild Animals Act, outlawing UK citizens from purchasing or owning, “a potentially dangerous animal”, this caused a problem for a number of residents caring for an exotic animal.

With the number of sightings from independent witnesses, it seems likely a Big Cat is in fact prowling Cannock Chase. It is all too easy to believe a privileged pet owner from years gone by either found they could no longer care for their “kitten”, or were mandated by the government to lose their pet, let the Beast of Cannock Chase loose.

Should you encounter a jaguar on Cannock Chase, back away, SLOWLY.

Do not run, they will identify you as prey.

Should the Jaguar charge at you – put your arms in the air and shout. Do not appear afraid.

The Jaguar is an atypical predator, as opposed to attacking the throat, it will attack the back of the head. Protect the back of your head. 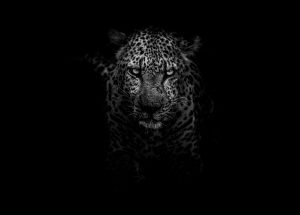