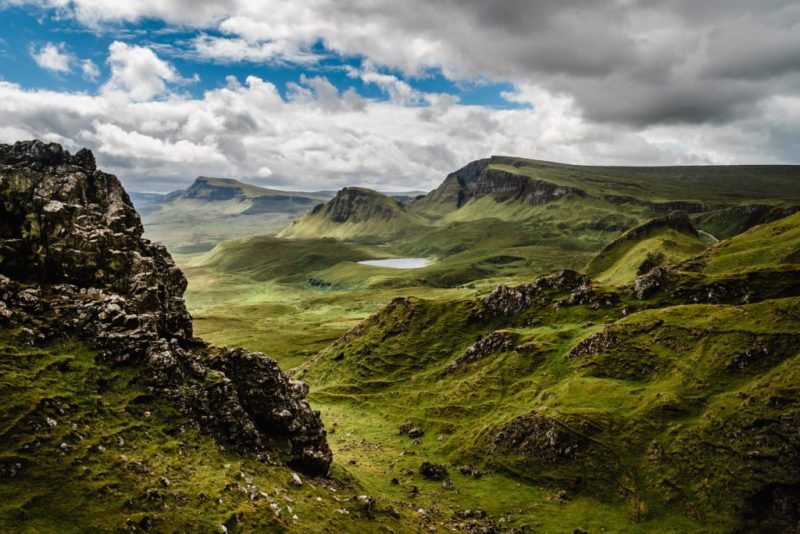 Off the Northernmost tip of Scotland lies the beautiful Orkney Islands. This cluster of rocky land masses are awe inspiring. Whilst they are beautiful, they are also rugged. The weather can turn on the cusp of a penny this far North and the waves have proven fatal to more than one sailor trying to navigate the coastlines of these islands. The men who used to rule these lands were hardy men. These were no statesmen. These were war leaders, hardy men with an iron unbending will. Today we are going to talk about one of these such men. Today we are going to talk about Earl Sigurd the Mighty who ruled the Orkney islands from 875-892 AD. 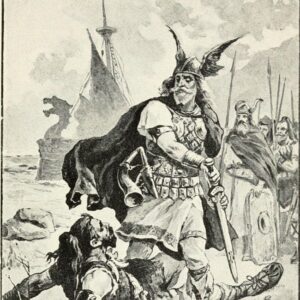 Trying to find sources for this period is tough for any location, but especially so for the Northernmost tip of Scotland. People just didn’t seem to be keeping records. We will be painting a picture of Earl Sigurd using the Orkneyinga Saga. The Orkneyinga Saga was written by an unknown Icelandic scholar at some point between 1192 and 1206. The book is a collection of oral histories passed down generation to generation. As it was written almost three hundred years after the period we are today visiting, there are bound to be some inaccuracies.

King Harald Fairhair is largely considered to be the first King of Norway. He is portrayed in the contemporary TV show Vikings and was considered to be a strong King. Tired of suffering Viking raids, Fairhair decided to go on the offensive. He had heard the Vikings had set up base off the Northernmost tip of Scotland. Fairhair successfully invaded the island, routed the Vikings and gave the land to his trusted swordsman Earl Sigurd the Mighty to rule.

The Orkneyinga Saga advises Sigurd the Mighty ruled wisely and accumulated much power, it doesn’t say a lot more about his rule though. Instead the text jumps straights to the events surrounding his death.

Sigurd had angered a local gaelic Scot by the name of Maelbrigte. Maelbrigte was a local magistrate and presided over a territory that was not under Sigurds control. Very little is known about Maelbridgte apart from his unfortunate nickname, Maelbrigte Tusk. He was said to be called this because of his sharply protruding front incisor teeth. An abnormality he is said to have had from birth.

Although Maelbrigte’s territory was not under Sigurd’s jurisdiction, this did not stop Sigurd from sending raiding parties into the territory to steal livestock and crops from the farms under Maelbridte’s protection. The men decided to settle this in the old tradition of single combat. A spot was agreed where the two men would meet and each would bring forty men to support. It would be a fight to the death.

Sigurd didn’t trust the wily Scot Maelbrigte. What if he reneged on the deal? What if he brought his entire household retinue with him? Better to act first and make sure he wasn’t exposed. Sigurd instructed two men to ride together on each of the forty horses ready. This would give him eighty men, if Maelbrigte cheated on the agreement, Sigurd would be ready. If Maelbrigte kept to his word, well, more fool him…

Maelbrigte knew Sigurd had cheated when he saw two feet on each side of every horse. Curses. He turned to his men.

“Today, destiny awaits us”… Maelbrigte delivered a speech worthy of Hollywood. He told his men to think of their families and to fight to return to them. He called upon their ancestors and the glory of Scotland. Maelbrigte shouted about the abhorrence of the invaders, befouling their land. “I call on each of you now, to slay not one man but two”.

Maelbrigte’s men fought well and with valour but alas, Sigurd’s superior numbers showed their strength. All of Maelbrigte’s force was defeated. Even after Earl Sigurd’s dishonourable victory he continued to show himself to be a barbarian of the most brutal order. He and his men began defiling the corpses strewn across the battlefield.

Earl Sigurd himself beheaded Maelbrigte. He pushed the head into a cloth sack and attached it to his horses saddle. He signalled to his men to prepare for the ride North back to their land.

As Sigurd rode the decapitated head of his fallen foe rolled around in the sack. His protruding teeth, the source of his nickname “tusk” rubbed against the cloth sack. The material thinned and then frayed. As Sigurd gave his horse a kick to spur it up a hill they were traversing, his leg rubbed against Maelbrigte’s prominent incisors. The teeth scratched Sigurd’s leg and drew blood though the Earl hardly noticed.

Shortly after Earl Sigurd the Mighty died. He died of an infection that originated in his leg. It is thought Maelbrigte’s final act was to posthumously bite his treacherous foe and transfer the infection that would end his life.