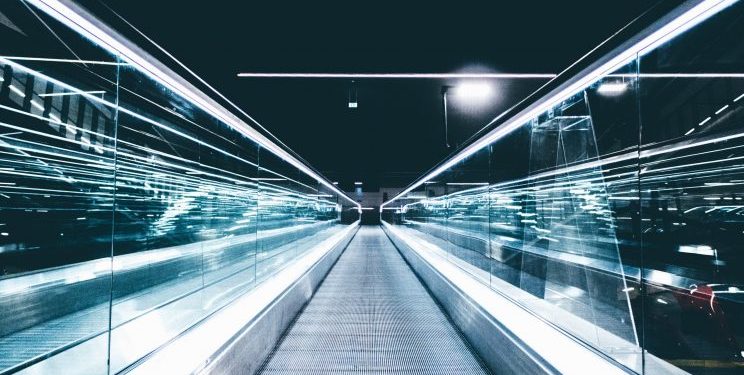 HG Wells: Today we will look into the Future

Writing about a “modern” author like HG Wells is certainly not my nomenclature. In my line of work in writing for Mysterium Tours, I deal almost exclusively with the Past. I write by candlelight late into the night, I attempt to make sense of the senseless. I look for some light in the dark ages, some kind of learning or message from the halls of History. It is not always easy.

Well, today I have decided it will be different. For today, we will look into the future. I mean…not the future exactly. We will look first to the past, to an author looking to their future, which is in fact still our past… Simples right? My laptop crashed three times writing that previous sentence due to a breakdown in the space-time continuum.

When reading work written by HG Wells, I would have placed his time of writing in the sixties or seventies. It has a dystopian vibe that could only be brought about by technology, the cold war or Richard Nixon. His subject matter doesn’t feel particularly original because so many writers have since copied him. He in fact wrote a lot earlier though. HG Wells lived between  1866 and 1946 and has been described as the William Shakespeare of Science Fiction. One of his most famous books, War of the Worlds, was written in 1897. That’s right, the futuristic novel where aliens invade Earth and are wiped out by a kind of accidental germ warfare on humanity’s behalf, was written in the 19th century. The 19th century!

HG Wells certainly had his eyes firmly fixed over the horizon on a lot of different things. In fact, a number of his storylines were weirdly accurate. He was something of a Nostradamus. Except, he didn’t write in bad part-rhyming couplets or obscure verse that could have meant anything. Let’s take a look at some of his sci-fi “fantasy” that has come true. 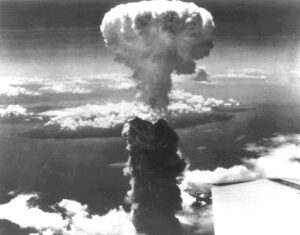 technology. The book kicks off with the ominous start point of, “The history of mankind is the history of the attainment of external power. Man is the tool-using, fire-making animal”. HG Wells had certainly seen an explosion in technology over his life. Wells foresaw another kind of explosion though.

In this book, he wrote about a hand grenade that would explode and would continue exploding forever. He called this hand grenade the Atomic Bomb. As far as I can tell, Wells was the first person to coin the phrase atomic bomb and write about it with the strange, if somewhat poetic accuracy of an ever-exploding bomb.

The Shape of Things to Come 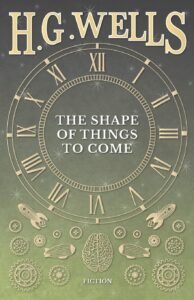 The Shape of Things to Come is essentially the same plot as Huxley’s Brave New World. War, world destroyed, dictator takes over and strange dystopian future occurs. The key difference here is Well’s prediction of mobile phones. People carry small communication devices that do not need to be plugged in and can carry verbal communication across great distances…

For those living great distances from their loved ones, HG Wells had predicted a device that could allow people to stay in touch and nurture the most precious of relationships. For those of us working in consultancy, HG Wells had just predicted a device that meant our clients could bother us at any time, day or night, about irrelevant nonsense whilst we are trying to complete other tasks. He had just predicted our doom. 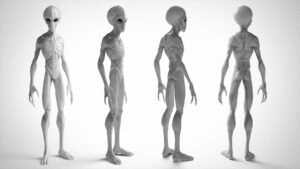 HG Wells wrote a chapter that was later removed from The Time Machine. It featured futuristic humans who remained in the general proportions of humankind. They had however grown slender, weak of limb, feeble even due to a lack of need for manual labor. Their heads had grown larger as a lot of their work was completed mentally. Their skin had a greyish tinge as they would not often go outside. “The Greys” represented the future of humankind. They also captured the imagination of a generation. The Greys became the popular go-to iconic imagery for aliens from another planet. Some theorize that our future selves have evolved into The Greys, become sick, and returned to us looking for some kind of cure in their genetic history. That’s why they keep popping up in fields outside raves and abducting people. Their obsession with mutilating cows and probing people remains a mystery.

Although this History has not yet come true, only time will tell…

You can visit where HG Wells was born today, but I wouldn’t, it’s in Woking. There’s a plaque on the house where he lived, that’s about it though for the whole of Woking. Any readers from Woking who are offended by this, please email me with a suggestion of things to do / history in Woking. I will try any suggestions on this and blog accordingly…

…Nothing, I thought so…