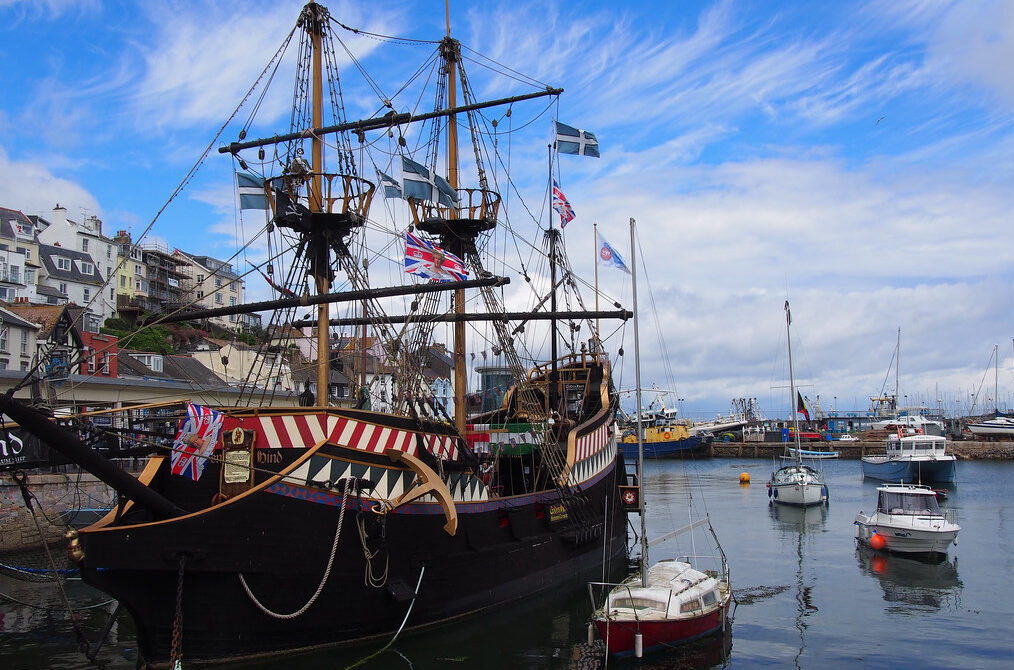 Francis Drake and the Elizabethan Period 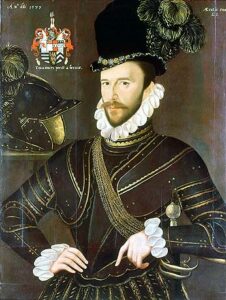 Queen Elizabeth I is one of the rare monarchs who’s very persona defines an era. The period between 1558 – 1603 is known as the Elizabethan age and is considered to be a renaissance for England, defined by reforms in education, writers such as William Shakespeare and swashbuckling pirates like Francis Drake.

Today join I, Sebastian Doyle, as we look at Francis Drake’s early life, his time as a state sponsored pirate, his infamous game of bowls and his War Ship, The Golden Hind.

Francis Drake and his early years

Drake was born around 1540. The exact date is unclear, although, it is largely agreed to have been at some point between 1540 and 1544. This is the problem with pre-twentieth century time periods. Records were only really kept for people of note and importance. Princes, dukes and earls were worth recording. The odds were in their favour that at some point, surely, they would say or do something of note.

This means the record catching net is cast into fairly shallow water. Details are few and far between for those who on paper, at least, are not be destined to be great.  After all, what would be the point? Why keep birth records for a lowly son of a preacher and a farmer? He would hardly grow up to curry favour with Queen Elizabeth I. It is unlikely he would play an integral part in fighting the Spanish armada. Surely he would not become the first Englishman to circumnavigate the globe after the great Magellan? But these are precisely the accolades of the lowly born boy, son of a preacher and farmer, Francis Drake.

The Elizabethan era is one of Flora’s favourites in History. It is a period of bright colours and excitement. A period of adventure, of new horizons and of explorers. A renaissance of art and literature. It is also a period of piracy.

Queen Elizabeth I watched at first with amusement, then with interest, as reports came in about a pirating privateer harassing the Spanish merchant vessels and stealing their bullion. Drake, or ‘The Dragon’ as fearful Spanish Sailors called him, feared and despised the man and were afraid to use waterways crucial to their trade and native to their land.

Queen Elizabeth I gasped when she heard that King Philip II of Spain had put a bounty on Francis Drake’s head of 20,000 ducats. (For those not familiar with the current exchange rates of ducats to pounds, this would be about £4 million, an insane amount of money!). Elizabeth I sighed, what it must be like to sail under the inky black sky and the ghostly galleon moon of the highwayman, knowing that people were hunting for you. It all sounded ever so exciting to the young Virgin Queen.

Francis Drake and the Spanish Armada

Tensions were increasing between England and Spain. There was the Catholic and Protestant divide between the two countries which was a recurring theme of this period. There was also Elizabeth I’s state sponsored piracy, that probably ticked off King Philip II more than a bit as pirates raided his merchant ships.

It came to a head in 1587 at Cadiz. A large part of what should have been the Armada was moored there and heroically Drake led an attack and burned them in port. This was later called The singeing of King Philip’s Beard. In reality, it was more than a singeing, it delayed the attack by a year and destroyed a significant part of the fleet.

In 1588 the Spanish naval forces were ready. They had over 125 war ships, almost 3000 guns and just under 30,000 soldiers. They were ready to rock. A letter had even been written to Pope Sixtus V who readily sanctioned what was to be called, “The Enterprise of England”. The force would be led by the Duke of Medina-Sidonia and the fleet was named the “The Invincible Armada”.

Note to self and my readers: When naming a ship, a group of ships or indeed an armada, do not name them either The Invincible or The Unsinkable.

The Defeat of the Spanish Armada

The weather played a big part, a massive part in fact. The Spanish fleet was harried by unfavourable winds not typical for the season and caused a large part of their naval power to both sink and split. Even so, to give all of the credit to the weather would be somewhat remiss. Francis Drake, by this time an extremely senior member of the admiralty, conducted himself well.

Outnumbered, Drake took advantage of his longer range guns bombarding the Spanish vessels from a distance. He also wreaked hell through fire ships. Fire ships are literally as they sound, a ship set on fire and sailed at an attacking fleet. Francis Drake revealed himself in war time to be as he was in peace time, ruthless.

The best part is perhaps when Drake, engaged in a game of Bowls on the Plymouth hoe is interrupted with the news the Spanish armada has set sail for Albion shores. He is said to have replied with this, “Time enough to play the game and thrash the Spaniards afterwards”. Whilst this sounds awesome and exactly the sort of boys own adventure we should be cheering. In reality, he knew the wind was not favourable for the aggressors and they would not reach Albion’s shore. He was, after all, an experienced sea man.

Still, it does suggest an absolute unflinching cool from the mercenary Drake. A statue of him still stands today where he calmly played his game of bowls, unfazed by the oncoming wave of destruction.

Give that man a knighthood!

He got one after a boozy night dining Queen Elizabeth I on his ship The Golden Hind. With the benefit of hindsight though he shouldn’t have.

If you have detected a lack of enthusiasm in my writing today, you would be right. I would love to tell you that hero’s exist. That a knight in shining armour, honour impeachable and definitive of all of Albion’s values saved us in our hour of need. I would like to tell you that Francis Drake is King Arthur.

He really isn’t though. Francis Drake began his career as a Slave Trader. Drake and his cousin Hawkins would attack villages in West Africa. The slaves would then be transported to the Spanish Caribbean and sold to local plantations.

Drake was not a noble hero who returned to us in our hour of need. Drake showed himself to be a tyrant of the worst kind. Drake was a di**head.