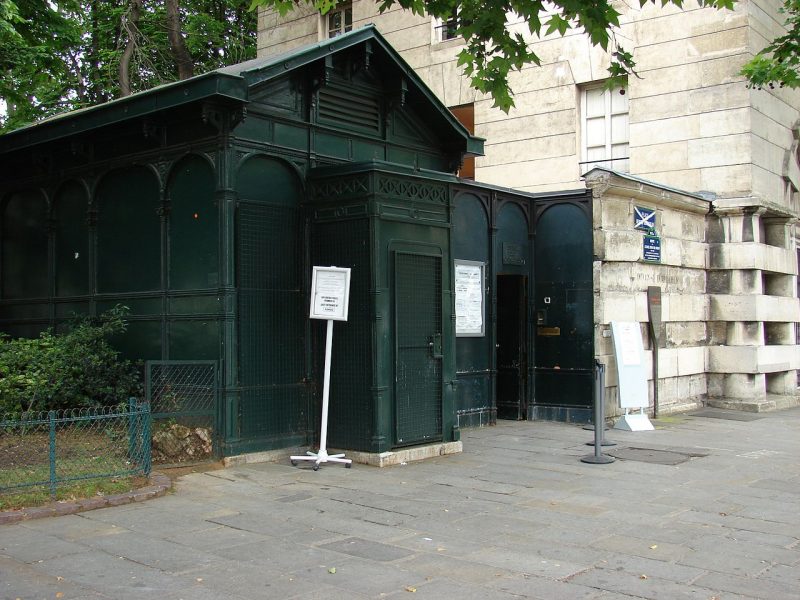 The Catacombs still hold a pull in modern day that cannot be denied by the tourist and local alike.

With its unmistakeable mystique, tied up in the morbid display of death that has been transformed within it, visitors to Paris flock to the Catacombs every year. Airbnb hosted a Halloween contest in 2015 to entice travellers to visit with a proposed midnight stay within the Catacombs itself, sleeping amidst the bone structures within its depths. As the Guardian states, “[t]he competition launched on the website offers two people a night in the catacombs on 31 October, with a “real bed”, dinner with private concert and breakfast. “Before bedtime, a storyteller will have you spellbound with fascinating tales from the catacombs, guaranteed to produce nightmares. Finally, enjoy dawn with the dead, as you become the only living person ever to wake up in the Paris catacombs,” reads the listing.” However, if you talk to the right people in Paris, you may not need to enter a contest in order to sleep amongst the dead if that’s an experience that you crave. Just be ready to dodge Parisian law enforcement. There is a vibrant subculture of “cataphiles” within Paris of Catacombs explorers, and it is one that has managed to make the tunnels its home in a way that the French government is one step behind.

The cataphiles are urban explorers who plumb the off-limits sections of the Catacombs for a myriad of reasons.

This is in defiance of an ordinance that has been in place since the mid-1900s banning entry into most of the underground. According to the Independent, “[s]ome passages can be very low, narrow, or partially flooded. Because of these dangers, accessing the other parts of the Catacombs has been illegal since 2 November, 1955.” Cataphiles are aided by the fact that the city of Paris has existed for ages, built in the European manner upon centuries of history. Ancient planning has been retrofitted and reincorporated into modern urban use, and as a result it follows that the tunnels underneath the city can still be porous to entry. As established in previous articles on the Catacombs, the tunnels were not created from wholesale just to deal with the removal and relocation of bodies from Les Innocents Cemetary. The city itself was built upon, and indeed built with, ancient limestone quarries that were created in its infancy. Gizmodo explains that, “[e]ntrances to the tunnels can be found in the basements of hospitals, the cellars of bars, church crypts, subway tunnels, even at the bottom of Paris’s tallest skyscraper.” The government can only fill in holes that they know about. These all add up to make the Independent’s citation that, “[t]here are no living creatures or fantastic urban legends in the Catacombs; however, it is estimated that as many as 300 Parisians visit the Catacombs weekly, entering via secret entrances throughout the city[,]” rather substantial.

Cataphiles might bring up the same kind of horror stories from New York City of myths of homeless civilizations dwelling underneath the city that have been popular fodder for many a B-movie, but for all intents and purposes, it appears that Paris’ spelunker subculture is both much more mild and understandable.

For some cataphiles, the tunnels provide a means to escape from the watchful eyes of metro police in order to party. Gizmodo’s Sean Michaels characterizes them as, “[ . . . ] an odd gang of misfits – “urban explorers,” vandals, kids who just want to hang out belowground. They chatter on online message-boards, share and hoard maps; they meander, explore, drink and drill through walls. By night they drop through manholes, and emerge from them, dusty, at dawn.” For others, this trespassing is a means to both further add to the beauty of the catacombs themselves. He speaks of how, “[a]lthough the catacombs are covered in graffiti tags, there are also sudden instances of art – amateur gargoyles, carved castles, life-size sculptures of cataphiles. Crato[, his guide,] brings me to La Plage, “the beach,” a large gallery with a sand-packed floor. Our flashlights sweep across wide murals: Hokusai waves and Max Ernst-like portraits. In the Hall of Anubis we sit at a table chiselled out of stone. We light candles, drink beer, share cookies and chocolate. I am absolutely enchanted. I have no idea of the time[,]” and how another cataphile, “says his friends enjoy “taking photos, exploring a particular area, repairing things, going to spots where no one has visited for a long time.”

There are some very tantalizing examples of these underground gatherings out there. Take, for instance, one of the most spectacular stories to come out of the catacombs in a modern day, that of the underground cinema contained in the Catacombs’ chambers.

By sheer random chance back in the early 2000s, inspectors stumbled across a secret chamber within the underground in which they found a full on theater set-up by a group called les UX that has apparently had film festivals underground for years, complete with a psychological security system to keep out intruders. Gizmodo states that, “[s]uddenly the officers were surrounded. Invisible dogs snarled and barked from all sides. The men’s hearts hammered. They froze in their tracks. They cooed canine comforts into the dark. In time, the officers’ lights found the P.A. system. They found the stereo, with guard-dog yowls burned onto a CD.” There were several chairs, a projector and screen, and a full electrical system. The Guardian states that there was, “ a full-sized cinema screen, projection equipment, and tapes of a wide variety of films, including 1950s film noir classics and more recent thrillers. None of the films were banned or even offensive[. . .]” Amidst all this, according to Gizmodo, there was even the equipment to serve alcohol and snacks. It had all the makings of a club of artists and enthusiasts gathering together to witness movies in an atmospheric and secluded environment. When they returned next, however, they found that every single piece of furniture within the room had been removed, down to the electrical wires being cut. “The cinema’s makers had left a note. “Ne cherchez pas,” they wrote. Don’t search.”

The romance of hidden excursions into these sealed-off areas of Paris’ underground would be tempting for anyone brave enough to risk exploring them. Most of the Catacombs are kept off-limits for a reason, however, and the cataphiles are no mere tourists. Anyone who goes down into the catacombs unprepared is facing a potentially lethal excursion, and next week we will speak on the fates of those who went down unprepared.