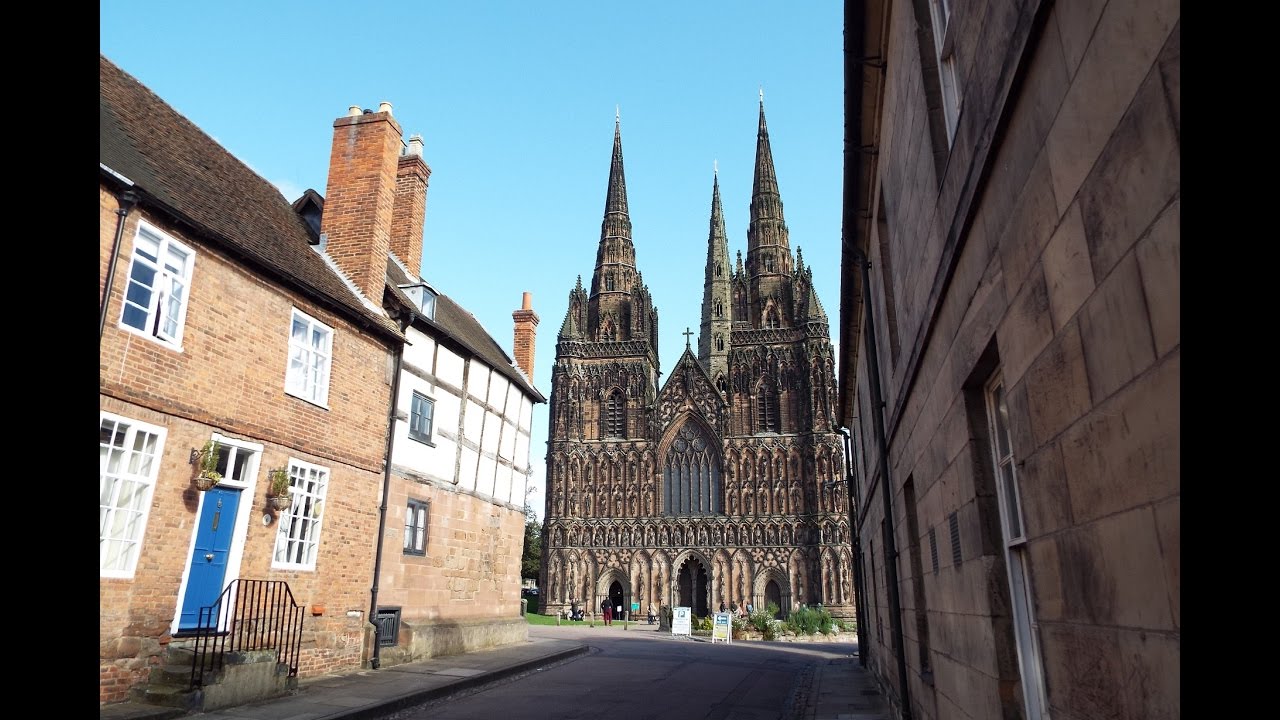 The City of Lichfield

The small city of Lichfield is delightful. Home to just over 30,000 residents and spanning fourteen square kilometres, the city is nothing if not quaint.

Visitors to the city should enjoy the small boutique shops, the local produce in cafes and the charming market stalls. Of course, no visit would be complete without taking the time to have a look around the cathedral.

The Origins of Lichfield

It is unclear when exactly Lichfield was settled, the first record of the city was written in monk Bede the Venerable’s History in 669 AD, so the seventh century is probably a good guess. This is supported by the finding of the Staffordshire Hoard in 2009, this gold and silver metalwork was found just eight miles away from Lichfield and is thought to have been deposited around the seventh century.

A cathedral was first built on the site approximately 700 AD. It was ordered to be built by Hædde, the Bishop of Winchester, as a suitable site to house the remains of St. Chad. The site continued to attract deceased dignitaries such as Wulfhere and Ceolred which helped to put Lichfied on the map.

Lichfield suffered a decline in reputation and prestige during the reformation period under King Henry VIII. The destruction of the shrine to St. Chad saw a decline in the lucrative pilgrimage market and the outbreak of various plagues hit just about every industry, apart from, one would assume anyway, undertakers.

Lichfield bounced back and re-branded itself in the 1600s as a, well, as a service station. Its convenient locale situated between Chester and London lent itself perfectly as an overnight stop-off location. Industries flourished as money poured into the city once again.

No visit to Lichfield would be complete without setting your eyes on Lichfield Cathedral. It is stunning. The Cathedral is famous for having three spires although that is not the first thing you notice. For any casual cathedral viewer it is impossible not to notice the one hundred and thirteen sculptures adorning the Western face of the cathedral. They depict Saints, Apostles, Monarchs, Angels… For a History enthusiast it is like being at a party full of old friends.

There’s the heavy-whoring never-boring Restoration King Charles II, Alfred the Great piously plucks furiously at his (ahem!) Harp, Henry III stares wistfully into the distance wondering if an elephant would prefer red or white wine, the bad King John is seen signing the Magna Carta – which isn’t exactly how it happened but we’ll let that pass.

The inside of the cathedral is fine, I guess, if you’re into that kind of thing. But walking around inside is nothing to the majestic exterior and the giants who once walked this land sculpted into the Western face of the aged cathdral wall. May they be forever immortalised in the stone of Lichfield and the pages of History.

Speaking of giants from History, it is worth mentioning Erasmus Darwin who once resided in Lichfield. If the family name sounds familiar, it should. He is the grandfather of infamous scientist Charles Darwin, author of Origin of the Species.

Erasmus Darwin has a far greater claim to fame than just his progency though. Erasmus Darwin was a highly respected doctor, poet and inventor of the Eighteenth Century. His inventions include a canal lifting crane, a steering mechanism still seen in cars today, a copying machine that didn’t really work too well and a variety of weather monitoring machines. He contemplated the meaning of fish fossils being found on dry land correctly concluding large parts of England must once have been covered by the sea.

Erasmus Darwin’s old house is right by the Cathedral and visitors to the city of Lichfield should definitely go for a look see. The house is ran by volunteers with different rooms dedicated to different chapters of his life. There is Erasmus the philosopher, the inventor and the doctor rooms. There is also a recreation of his old herb garden outside the house. He would have used his herb garden for apothecary and for treating the various ailments he came up against in his day to day work.

To see what is on when you go to visit, click here.