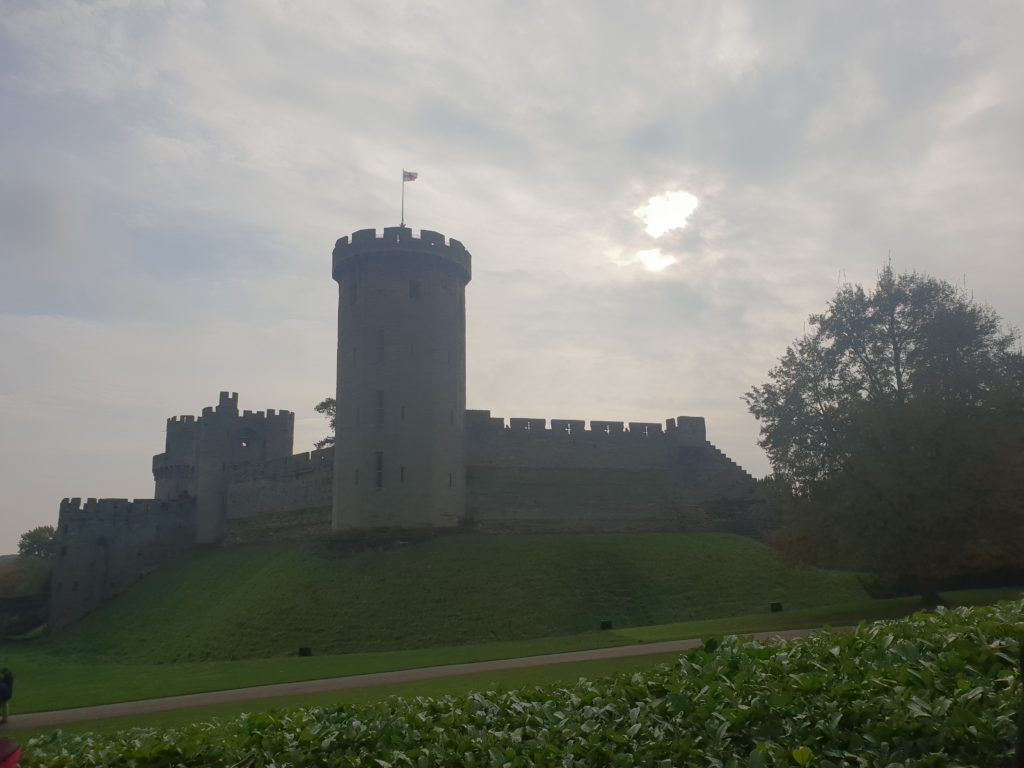 Warwick Castle is more than a little impressive. It began life as an Anglo Saxon Burh before evolving into a Wooden fort in 1068. From there the castle was developed into a stone fortification in the Twelfth Century. It fell into ruin for a period before phoenixing out of the flames and being renovated and rejuvenated in the 1700’s.

Visitors today can journey through History and see one of the best preserved examples of Medieval Castles in Great Britain. The property is owned by family entertainment company “Merlin”, so visitors can be confident there will be plenty going on during their visit to keep the whole family interested.

To see what is on at Warwick Castle when you are visiting please click here.

The castle began life as a Saxon Burh. The concept of a Burh was borne by King Alfred the Great. In the 9th Century he found himself with something of a Viking problem on his hands. After paying a “Danegeld” to the invaders Alfred decided that something must be done. A “Danegeld” was a payment to the Vikings and in return they would promise to refrain from raping and pillaging.

King Alfred set about building a network of defensive fortifications across the country, these were called Burhs. Due to the strategic importance of Warwick Castle, a Burh was built on this very location. The burh was built under the orders of Ethelfleda, King Alfred the Great’s daughter.

The last officially recognised invasion of Great Britain was by William the Conqueror in 1066. I would argue William of Orange and the Glorious Revolution looks more than a little like an invasion but hey, we will stay with the official record here. William the Conqueror recognised the strategic placement of Warwick just as the Saxons who had gone before him had. He built a wooden motte and bailey castle on the site.

William the Conqueror made Henry de Beaumont the Earl of Warwick and with it he was in charge of the castle. In a strange and somewhat farcical twist of events, Beaumont’s wife  was tricked into believing her husband was dead. She subsequently handed over the castle to Henry of Anjou, who would later become King Henry II of England and rampage throughout Europe like he was playing a game of Risk.

Warwick Castle and the Beaumont Family

Across the fourteenth and fifteenth Century the Castle fell into the hands of the influential Beaumont family. They significantly improved the Castle and played a big part in making Warwick Castle what it is today.

The Castle during the Civil War

The castle even played a part in the tumultuous period of British History known as the Civil War. To read my blog on King Charles I and the Civil War please click here.

Warwick Castle was sieged by Royalist forces before being relieved by Parliamentarian forces in 1642. There are still Portraits within the main castle of the doomed King Charles I. Following this final action the castle went the way most of the castles in England did as their defensive importance waned. The castle became a stately home and attraction.

Merlin Entertainments is a family amusement company who own such attractions as Madame Tussauds, Alton Towers and Legoland. The company pride themselves on delivering memorable experiences for families across a whole host of different activities. Big business buying up a crumbling castle has been good for the site, it has brought money in to maintain the site and more importantly make is sustainable. Something that was not really the case under the previous owners.

Having purchased the site in 2007, Merlin Entertainments have put in some great activities that are sure to captivate and entertain. There is a mighty trebuchet that can be witnessed hurling it’s missiles across the grounds. There are jousting tournaments and re-enactments. However, perhaps most impressive, is the Birds of Prey show. Merlin’s expert trainers wow the audience with a whole flock of Eagles, Vultures and other mighty Birds of Prey that look far too large to be able to sustain flight.

These majestic creatures swoop and dive over the audience, watch out for your hat!