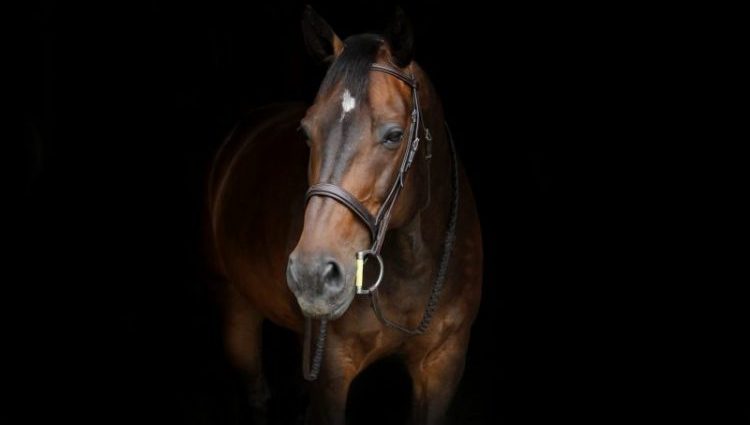 During my time writing this blog I have written about the deaths of a number of different monarchs. In the mini-series on regicide, we saw the cruel assassination of Edward II, the historical whodunnit with The Princes in the Tower, the euthanasia of King George V, and the overthrowing of King Charles I. Not a regicide but in the same vain, I wrote about the death of King Alexander of Greece, who met his demise trying to split up a fight between his dog Fritz and a small monkey. That was an odd one. It felt like a pointless death, but one that could not be avoided. When your number is up and all that. King Alexander III of Scotland will be the first monarch I have written about that died for love. 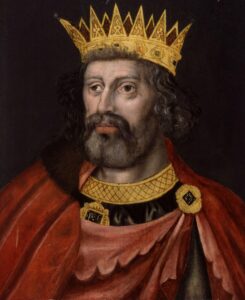 He wasn’t bad. He ascended to the throne as a minor at the age of seven which is always a tricky start. Upon moving into his majority at the age of twenty-one, Alexander III set out to complete the work his father had began over a decade previously, in taking control of the Western Isles from Norway.

Initially, Alexander III offered Norweigian King Haakon, a chance to negotiate. It is unclear whether this really was a negotiation, or simply Alexander III saying he wanted to take the isles, either way, Haakon refused. A year later King Alexander III returned with a mighty army, Haakon was now ready to come to the table and parle.

But the wily King Alexander III delayed talks repeatedly. Haakon was confused, Alexander now had his attention, why couldn’t they just get on with the talks and be done with it? King Alexander’s men stared out to the Isle of Arran that their king coveted so. Would Haakon put up a fight? If so how many men did they have? Only one man did not stare at the island, King Alexander III stared out to sea, his eyes fixed on the horizon. He saw dark clouds in the distance. He smiled. Winter was coming.

When Haakon did eventually attack, his fleet was massively damaged by a tempest of a storm. He was defeated in 1263 at “The Battle of Largs”. King Alexander III had successfully brought the Isle of Man and the Western Isles under Scottish rule.

Who’s afraid of the big bad wolf was a jaunty little ditty written in 1933 by Frank Churchill. It was used in a Disney adaption of The three little pigs. In this folk tale, three little piggies are harassed by a wolf. In this example, the pigs are foolish not to be afraid of the wolf as the wolf is extremely dangerous. Only one piggy has the foresight and sound judgment to build his house of bricks so as to protect himself from the wolf at the door. Equally, had this particular wolf not held quite such murderous intent, or not had quite such an impressive lung capacity, mocking the wolf and not being afraid of him would be a reasonable course of action.

Either way, it is very high-stakes poker. And the problem with ascertaining whether the wolf at your door is one you should be afraid of or one that it would be reasonable to mock is that until you have actually taken your action, you will not know the true nature of the beast outside your abode.

The wolf at Scotland’s door

Scotland during this period always had a wolf at their door. This wolf was England. England was constantly trying to get them to pay homage, pay taxes, revise their borders and Scotland was very much on the back foot. England had superior wealth and a larger military and navy. All Scottish monarchs had to ask the question and decide for themselves how to handle this problem.

Was there an Edward I at the border, itching to use the largest trebuchet ever built, aptly named “War Wolf”? If so, then a strategy of appeasement, bricks, and mortar would probably be wise. If instead, it is a Henry III who was rather more a paper tiger, perhaps say to hell with the boy and the consequences be damned? Even though, ironically, with his aspirations of being a zookeeper in the Tower of London, Henry III probably did have some real wolves under his command.

BATTLE OF THE III’s: King Alexander III stands up to Henry III

Alexander III married his (literally) childhood sweetheart when he was just ten years old and she was eleven years old. The Queen was Margaret, the child of King Henry III of England. Together they had three children.

Upon the marriage of King Alexander III and the Princess of England Margaret, there was uncertainty in the air for Scotland. After all, both monarchs were in their minority and Princess Margaret was the great-granddaughter of the terrifyingly efficient Henry II. Who was to say Henry III wouldn’t swoop in and demand fealty from the new Scottish monarch?

And try he did. Even though King Alexander III was still in his minority, Henry III tried to demand that he paid fealty. Alexander was a good reader of men and he ascertained Henry III was a quarter of the man his Grand Father was and less than half the man his son would become. In short, for all of his blustering and polar bears swimming in the Thames, he was not a man to be scared of. King Alexander was not afraid of this big bad wolf. King Alexander III refused to bend the knee. Scotland retained their independence.

King Alexander’s final decade was one of tragedy. He buried not only his beloved Queen Margaret but also his three children. Something that no man should ever have to do. There is little research out there about how they died, but it seems that they died of natural causes. Times were hard, life was cheap and disease was rife.

King Alexander eventually remarried to a Yolande de Dreux. She was French, alluring no doubt, probably smoked long and elegant cigarettes through an ornately decorated filter. Probably her laugh was contagious and her legs of exquisite proportion. I am sure her personality was vivacious and she alighted a fire within King Alexander he thought had long gone out. I think he loved her. The reason I write this is because all Historians ever write about is the political sense the union made. She was, after all, an elitist Countess of noble birth who brought both wealth and influence with her.

The day before his new queen’s birthday, King Alexander III found himself overseeing a meeting in Edinburgh. The meeting was important, sure, but as a man senses his twilight drawing near and understands he is not a force eternal, was it important? I mean really? The hour was late. The King was pissed off.

I can relate to this. In my work for Mysterium Tours I recently found myself atop a lighthouse, completing research for a recent article. I realized it was the 9th anniversary of the day Flora and I first kissed. Unable to get phone signal and unable to charter the fish master who had carried me to this far-flung place for another week, there was nothing I could do. I am not ashamed to say I sobbed into the wind. I understand and relate to what King Alexander III did next.

“To hell with it all!” shouted King Alexander III, “I attend this meeting to try and craft a better world, I look at the next horizon for a brighter tomorrow, when, when all is said and done, today shines with the fire of a thousand suns, a supernova!”

“Is sire drunk?” Asked his attendant.

It was a reasonable question, thought King Alexander III and he paid the question reasonable thought. He arrived at the conclusion that he wasn’t. Sure, he had drank two goblets of the piss the Edinburgh lords took for wine but no, he wouldn’t class himself as drunk. He did miss his queen though. His one. His Yolande. There was not a moment to waste. None of this was real. Time away from his beloved was time wasted and after watching his children and previous wife die, he knew none of them had as much of that as they thought.

Whilst completing his late-night ride, King Alexander III died falling from his horse. Apparently he was advised by his stewards not to attempt the journey. That it was dangerous. During the ride he became separated from his guides. His horse perhaps lost his footing and veered off the path, or, he himself steered awry trying to avoid an obstacle looming suddenly in the darkness.

He was found at the foot of a steep rocky embankment. His neck was broken. Nobody was present to hear his final words but please find below what I believe they would have been:

“Yolande, forgive me, for I have been foolish. But foolish I have been in the pursuit of addiction. Not love? I hear you ask. No, I must qualify. Addiction. For I am addicted to you. I cannot bear another night away from you. The hour was late. The road was dark. And yet I could not stay away. You always bidded for me to be careful and yet I could not where you were concerned and yet, I would do anything to care for you. Enough word play, for words are cheap, I will not declare my love to the wind, for words are cheap, words are etched into the heart. I know your name is etched into my heart and mine to thine. I can only die in hope that in the next plane of existence we will ride at midnight, side saddle and together.”